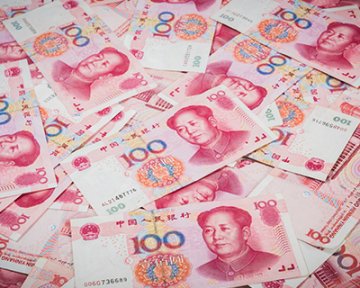 The pair is estimated to be worth billions, having made their fortune through the Beijing based gaming company, Kunlun Tech. Zhou Yahui and Li Qiong are officially China’s most affluent couple under the age of 40 with shared assets of approximately 23 billion Yuan (£2.6 billion), according to the Hurun Report (China’s equivalent of The Times’ ‘ Rich List’). Zhou recently purchased a controlling share in the gay-dating app Grindr early this year.

Kunlun Tech previously made a statement via its website, stating that billions of shares would be transferred from Zhou Yahui to Li Qiong. The value of the equity transfer set out on the company’s website was estimated to run to 7.54 billion Yuan (£847 million), which effectively sees the company split in half. It is now being reported by Time that the Beijing court has ordered Mr Zhou to transfer 705.4 million shares in the company to Ms Qiong. The shares are said to be worth $1.1 billion making it one of the most expensive divorce settlements in China’s history.

China’s previous most expensive divorce pales in comparison, at 2.4 billion Yuan. The most expensive divorce to date was between Russians Dmitry and Elena Rybolovlev where a Geneva court awarded Elena $4.5 billion, albeit that this was overturned by the Swiss appeals court that reduced the award significantly to $600m. In the end, the parties reached an out of court settlement and the settlement figure was never publicised.

Sharia law expert calls for UK courts to issue Islamic divorces
This site uses cookies. Find out more. Continued use of this site is deemed as consent.   CLOSE ✖