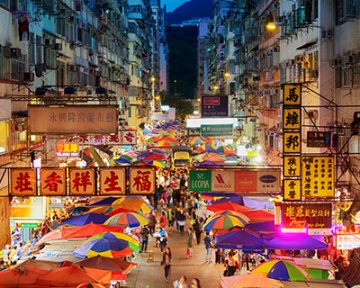 Having looked at Singapore and what’s been termed their ‘singles crisis’, for my last in this series, I’m going to examine how millennials engage with marriage and divorce in China.

Last week SK-II, a Chinese skincare company, released a short film addressing what the Chinese call ‘leftover women’ – that’s any woman over the age of 25 who hasn’t married. Both men and women can be called ‘leftover’, but the idea that you’re not complete or fulfilled until you are married is something that is more often applied to women.

The filmmakers interviewed several unmarried women over 25 who wanted their parents to understand that not getting married hasn’t diminished their worth, but it turned out not to be so simple – one woman’s mother lamented her daughter’s lack of good looks, while another woman found herself worrying that she had let her parents down, even though she was strong in her convictions not to marry for the sake of it. Parental and societal pressure is clearly a huge factor in when and why young Chinese people choose to get married – Shanghai even has a ‘marriage market’, an area in People’s Square where parents leave short bios of their children in order to try to find them a partner.

Given that the women in this film are presented as the exception rather than the rule, it raises the question as to what happens when parents get their way and their millennial children do marry. Well, divorce rates in China have risen steadily for the last 12 years, so it seems likely those who do marry, especially if they’re not hugely keen on the idea but are doing it because of societal and familial pressure, may well not have a happily ever after. While some blame the rise of social media for China’s 3.6 million divorces each year, others say it’s due to greater gender equality. Either way, it seems that those who are choosing to wait until they can marry for love – if they choose to marry at all – are more likely to have a marriage that lasts.

Add-back: compensating for financial misconduct
This site uses cookies. Find out more. Continued use of this site is deemed as consent.   CLOSE ✖