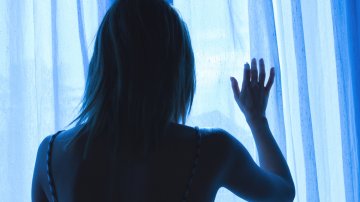 Ma Banyan, an orphan from rural southwest China, was forced to marry a man more than twice her age in 2000. A county court in Chongqing has now granted her a divorce from Chen Xueshen, her abusive husband. The court ruled that their two children, along with their property and other assets, would stay with Chen.

China’s minimum marriage age is 20 for women and 22 for men, though it is not always respected in rural areas. Ma faced pressure from her legal guardian, her uncle, to marry at a young age, reported the South China Morning Post.

Ma fled her husband four times during their 16-year marriage. Chen registered their marriage without her permission during one such absence, after Ma had turned 20 and was working in Guangdong province.

At 14, Ma gave birth to a daughter. A son followed five years later. The county court ruled that both children would remain in their father’s care despite the allegations of abuse. Ma agreed with the verdict, saying, “When I gave birth to my girl I was only 14, helpless and naive. Now I am just regaining a little confidence and hope rebuild my life. How can I take on the financial burden to raise my children?”.

Ma plans to sue the police and county government for legalizing her marriage and enabling years of abuse.

Ma’s sisters, Banzhen and Banhui, were also married off to older men when they were well below the minimum marriageable age. All three girls were left in the care of their uncle after their mother, who suffered from mental illness, murdered their father and abandoned her children.

The China statistical yearbook found that the rate of childbirth among women aged 15-19 rose from 3.8% to 7.8% between 2007 and 2013. It can be assumed that unreported, illegal marriages to underage girls are also on the rise.

A professor of sociology at Peking University, Liu Neng said, “The whole area has long had a tradition of getting married early… there’s no social condemnation involved in doing so. China is an aging society and birth rates are relatively low even in rural areas, so people are enthusiastic about procreating.”

“The end of the one-child policy also signals the dawn of a new era of encouraging childbirth,” she told ChinaFile. “To a certain degree, the decline in marriage age is a reflection of national policy changes, not something to be blamed on culture.”

What are some of Vardags most famous cases?
This site uses cookies. Find out more. Continued use of this site is deemed as consent.   CLOSE ✖