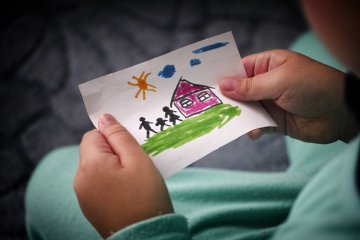 Judges within the family courts are extremely reluctant to take children away from their parents and will only do so if they feel that this is absolutely necessary. Three children, all under the age of 5, were recently removed from their home and placed for adoption after the judge expressed concern that the children were being neglected by their parents as a result of the latter’s “dysfunctional relationship”. This has raised interesting questions about the extent to which the courts should pry into the private lives of the parents when determining the outcome of children cases.

The case was brought before HHJ Williscroft by Sandwell Metropolitan Borough Council and the application for care orders for the three children was granted in October 2017. The report submitted by the social workers described the parents as having an ‘open relationship’, although this was not accepted by either parent. HHJ Williscroft looked at the relationship more closely and found that the behaviour the parents displayed “must have been confusing for the children”. The father had chosen to see other women and the mother had started relationships with men she met on the internet, who often visited the house whilst the children were present.

The focus on the nature of the parents’ relationship could arguably be concerning because it suggests that moral judgements are being made about the private lives of those entering the courts. However, HHJ Williscroft made it clear that the court is only concerned with the private lives of the parents insofar as they impact on the care of the children. Indeed, she went on to highlight various examples of poor quality parenting. She explained that the father’s lifestyle involved frequent clubbing until the early hours and “being involved with other people” in a way which negatively impacted on the care of the children. Regarding the mother, HHJ Williscroft noted that she has learning difficulties and poor mental health which, due to her reluctance to follow medical advice, has led to serious incidents witnessed by the children. The judge concluded that the conduct of the parents meant that their care of the children was “neglectful”.

Much of the judgment focused on the changes in circumstances since the application was first made, such as the couple becoming physically separated and the mother seeking more medical help. However, it was still found that the parents individually lacked the ability to look after the children and the judge was not convinced that the parental capacity for basic safe care had changed that dramatically since the case began. The mother was described as a “vulnerable” person and as a “continued and serious risk to the well-being of children who would live in that environment”. Although the father had not been assessed by the social workers, there were concerns that he did not see any need for change and did not feel that he had done anything wrong. Both parents “had difficulties with supervision and boundaries” and also found it difficult to control their behaviour in front of the children and it was expressed that the children were suffering as a result. The judge explained that she felt there were “no realistic alternatives to meet the children’s welfare needs throughout their lives but adoption”. Although the children do appear to have a “loving relationship” with both parents, they are being harmed by the parents’ behaviour and inability to care for them.

In cases such as this, a delicate balance is required to ensure that children are not removed from their parents without very good reason. In addition, it is important that Article 8 rights are respected and that any intrusion or interference with private lives is necessary and proportionate. It was found that the children were clearly neglected as a result of the behaviour displayed by the parents and the judge ensured that she looked no further than how the behaviour impacted on the children. For example, the maternal grandmother reported that the mother and father continued to have a sexual relationship despite the separation, but the judge was keen to focus on the fact that the relationship was “not a settled one” rather than pry into the exact status of that relationship. In this case, the evidence was strong enough to persuade the judge that it would be a proportionate interference.

Mother imprisoned after breaching court orders to make allegations against child's father
This site uses cookies. Find out more. Continued use of this site is deemed as consent.   CLOSE ✖