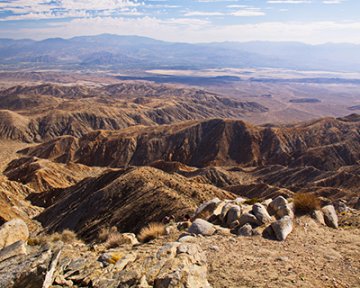 An American couple have been arrested after the woman’s three children, aged 5, 6 and 7 years old, were abandoned in the California desert.

Mary Bell, 34, and Gary Cassle, 29, were found parked down the road from where the children were wandering. While the children were in sight of the vehicle, “it was apparent they weren’t keeping a visual on them,” said San Bernardino County sheriff’s spokeswoman Cynthia Bachman.

The children had been in the desert, where the temperature was approaching 35°C, for 45 minutes they the time they were rescued. Though they were left without shoes and without water, all three children were safely taken into the care of the county’s child support services without the need for medical treatment.

It appears that Ms Bell and Mr Cassle had been living out of their car with the three children at the time the incident took place. As yet no reason for the punishment has come to light.

There have been a number of studies over the years that suggest a link between homelessness and child abuse, not just in the US but in the UK as well. While the details of this particular case are too few to suggest the two are related, as homelessness is growing at an ‘unprecedented rate’ in this country we may begin to see more cases like this emerge.

However, homelessness aside, this is not the only time in recent months where abandonment as a form of punishment has backfired. In June Yamato Tanooka went missing for almost a week after his parents left him alone in a Japanese forest. He was later released from hospital, claiming to feel fine, and the Japanese authorities do not intend to press charges against his parents.

Gay heirs have equal inheritance rights over ancestral seat after landed family rewrite trust rules
This site uses cookies. Find out more. Continued use of this site is deemed as consent.   CLOSE ✖