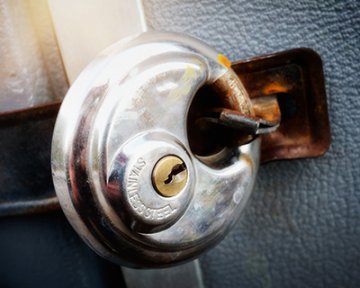 Earlier this month, His Honour Judge Freedman, at Newcastle Family Court, ordered that a teenage girl should be put into secure accommodation to prevent her absconding and associating with known criminals.

Since January 2014, the local authority have had severe difficulties with A’s behaviour, and were justifiably concerned for her safety, due to “regular and frequent problems with A absconding, A abusing alcohol, A self-harming, bringing herself to the notice of police on more than one occasion and generally behaving, on a not infrequent basis, in a manner which is suggestive of being out of control.” More recently, A began to associate “with people who are involved in criminal activity and, more specifically, may be involved in sexual abuse of one form or another and even trafficking for sexual purposes.”

At the start of this year, A was placed in a standard residential home, but absconded numerous times after exhibiting “threatening and abusive” behaviour. She was reported missing on 28th March, and was returned the following day, only to abscond again on 30th March after which the home were no longer prepared to let A stay. A was taken into custody on 2nd April, as while she was “absent from the home, she had been associating with a member of a family who is well known to be involved in child sexual exploitation and sex trafficking.”

The local authority commenced application proceedings as this raised genuine concerns as to A’s safety and welfare. She was temporarily put into a home in Bishopton, Scotland, but the North Tyneside Council hoped that after an order is made, A can be moved to a home closer to her family.

A’s parents were present for the judgment, and although understandably upset that their daughter would be in secure accommodation, they were fully aware of the difficulties of A’s behaviour, and acknowledged that an order was in her best interests. A was also present at the hearing, and given her age was able to discuss the arrangements with the Guardian and her Counsel, despite not accepting that her behaviour renders an order necessary. The judge noted that her adult approach to the proceedings was “to her enormous credit.”

His Honour Judge Freedman considered that the criteria of s.25 (1) CA 1989 were satisfied in this case, as A is a child currently being looked after by a local authority, and has a history of absconding from residential homes. In placing A in yet another standard residential home would be unsuitable as were she to abscond again she would be at risk of suffering harm. Therefore, a secure facility would be both suitable and appropriate in the circumstances given the concerns for A’s welfare. The judge stated in his judgment that “her welfare is at very significant risk if she were to abscond…she would be at risk of suffering significant harm and damage…if she is not securely accommodated, there is a risk that she might injure herself through self-harming.”

The local authority’s application was granted, and His Honour Judge Freedman made a three-month secure accommodation order, as it would be in A’s “best interests to protect her safety and welfare.” The order can be extended by returning to court. However, the judge did note that in the three-month time period, he hopes that “A takes advantage of the support made available to her, particularly from the clinical psychologist… she will be able to move into unrestricted accommodation.” But that “only time will tell.”

The local authority now have seven days in which to file a care plan for A, which is to include frequent contact with her family and indirect contact with others. At the end of this month A is to be moved to the secure accommodation facility in Northumberland, so as to be closer to her family and more easily facilitate contact.

An end to state-issued marriage licences in Alabama?
This site uses cookies. Find out more. Continued use of this site is deemed as consent.   CLOSE ✖