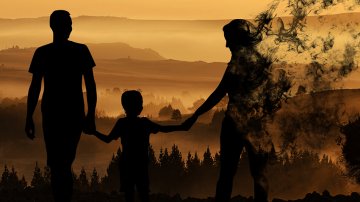 A six year-old girl will remain with her extended family in Utah, rather than return to her former foster home, a Californian appeals court has ruled, reaffirming a decision made by the lower courts back in March.

The child, named Lexi, was removed from her mother’s care aged 18 months and in 2011 was placed with foster parents Rusty and Summer Page, with whom she resided until earlier this year. Lexi is part Choctaw, a Native American tribe originating from the Southeastern United States, and was reunited with her extended family under the Indian Child Welfare Act, a federal law which aims to “protect the best interests of Indian children and to promote the stability and security of Indian tribes and families” by seeking to “keep American Indian children with American Indian families”.

According to the Los Angeles Times, Mr and Mrs Page had unsuccessfully attempted to adopt Lexi, and accused the Choctaw Nation of “dictating where this child goes.” However, in a statement the tribe claimed, “the Pages were always aware that the goal was to place with her family, and her permanent placement has been delayed due to the Pages’ opposition to the Indian Child Welfare Act.”

Much of the media attention showered on the case has focused on the fact that, genetically speaking, Lexi is only 1/64, or 1.5% Native American – the implication being that the child’s ties to the Choctaw Nation are too tenuous to justify removing her from a loving foster placement. However, what is known as ‘blood quantum’ is only one way to determine one’s eligibility for tribal enrollment. In Lexi’s case, since her biological father is a member of the Choctaw Nation, she is legally considered to be a Choctaw child.

Since her removal from Mr and Mrs Page, Lexi has resided with relatives who are not Native American themselves, but are related to the girl’s father by marriage and are also legal guardians of one of her biological sisters. Thus, “they fall within the familial placement preferences under ICWA”. Lexi had prior contact with her extended family, and her biological father, who has not given up his parental rights, has stated that they are his preferred guardians.

Mr and Mrs Page have received both an outpouring of sympathy over the decision, as evidenced by the social media campaign imploring the public “Save Lexi”, and condemnation for their alleged “relative reluctance or resistance” in regards to Lexi’s cultural heritage. The couple has also come under fire for releasing Lexi’s name, and thus failing to comply with a court order in place to protect the child’s privacy.

The Pages have announced that they plan to take the case to the California Supreme Court.

Dennis and Kimberly Quaid to divorce: third time lucky?
This site uses cookies. Find out more. Continued use of this site is deemed as consent.   CLOSE ✖