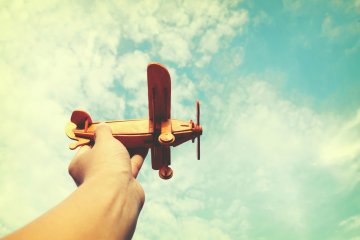 CL v AL, a case heard at the Royal Courts of Justice in August 2017, concerned the issue of whether two children should be living in the UK with their father or in Australia with their mother.

The children involved, aged 13 and 10, both have dual British and Australian nationality. The parents married in the UK before moving to Australia where their first son, IL, was born in 2004. They then returned to the UK in 2005 and had their second son, JL. The family moved back to Australia a few years later and remained there until 2015 when they moved to Scotland.

At the start of 2016, the mother travelled alone to Australia for a few weeks and, during this time, the father moved the children from Scotland to Worcestershire in England. When the mother returned in February, she issued Children Act proceedings where it was ordered by DJ Gailey that both children would go to Australia with the mother. However, when the children were told about this arrangement, IL was extremely unhappy. The parents therefore came to a new arrangement whereby IL would stay with his father in the UK and JL would go to Australia with his mother. However, there was disagreement as to the longevity of this. The father believed that this was a permanent arrangement whilst the mother argued that it was only ever meant to be temporary and that IL would eventually join them in Australia. Both parents made separate applications: the father seeking to vary the terms of the order and the mother seeking to enforce them.

To decide where the children were and are habitually resident, Mr Justice Keehan considered the decision of A v A. According to this case, it is necessary to assess the degree of integration in the social and family environment of the country concerned but, as the judge pointed out, the family have moved between Australia and England several times so pinning down the habitual residence was not an easy task.

The judge explained that, prior to the family’s departure from Australia in 2015, both of the children were habitually resident there. He resolved that the children had since lost their habitual residence in Australia and had “settled into normal home life” in Worcestershire. As a result, they had both acquired habitual residence in the UK by the time that the former proceedings were taking place and therefore the court had jurisdiction in 2016.

With regards to the jurisdiction for the current proceedings, the judge looked at the children’s respective positions so as to ascertain whether the habitual residence had changed again. He came to the conclusion that IL, who refused to go to Australia with his mother and therefore remained in the UK, remains habitually resident in the UK. JL’s position was more difficult to determine. JL moved to Australia with his mother on 20th July 2016 and the father’s application to vary the order was issued on 27th September 2016. By this time, JL had lived in several different locations and had only lived in their final home for a few weeks. Given JL’s “somewhat itinerant lifestyle” with his mother in Australia, Mr Justice Keehan was not convinced that JL had acquired habitual residence there, and he did not feel that the child had lost his habitual residence in the UK. Overall, the judge found that both children remained habitually resident in the UK and therefore the court had jurisdiction for both proceedings.

The father expressed that he feels strongly about the children being together and explained that he really regretted the original decision in July which resulted in JL moving to Australia. He said that he tried to persuade IL to go to Australia, as per the original order, but that IL was visibly distressed by the idea.

The mother agreed that the children should be together. She asserted that the original agreement was only meant to be temporary while they tried to persuade IL to join JL and herself in Australia. The mother expressed concerns that the father had influenced IL in his feelings towards the move and said that she believes that IL could have changed his mind, but she admitted that there was no evidence for this.

The guardian’s evidence showed that the brothers have a “very, very close relationship” and that they “very much love” both parents. When asked for her opinion on what the arrangement should be, she took the view that the ideal solution would be for both parents to live in the UK and for there to be a shared care arrangement between the parents. She said that the “only alternative” would be for JL to live in the UK with his father and brother.

Mr Justice Keehan referred to the provisions of s1(1) of the Children Act 1989, which aim to ensure that the welfare of the children are the paramount consideration, and to various ECHR articles. He acknowledged that the rights of all parties must be considered but made it clear that “real weight” must be given to the wishes of the two children.

IL has expressed that he does not want to go to Australia but that he does wish to live with his brother. JL, on the other hand, clearly wishes to live with his mother in Australia. When looking at how strongly these views are held, Mr Justice Keehan highlighted that JL does not hold those views as “vehemently and adamantly” as IL. Although JL’s primary wish is to live in Australia with his mother, he is not completely opposed to the idea of living in the UK. The sibling relationship is clearly very unique and special and, given that the school holidays in Australia and the UK rarely align, direct contact would be very limited if they lived apart.

Mr Justice Keehan explained that, given that it is important for the boys to live together, there are two options: “either both boys live with the father in this jurisdiction, or both boys live with the mother in Australia”. He noted that the desire of the brothers being together could only be achieved by disappointing one of the boys. He acknowledged that JL may initially be upset about having to move to the UK but that he is satisfied that living with his brother would make JL happy. When looking at the long term detriment to JL’s welfare, Mr Justice Keehan concluded that any distress would be temporary. For IL, on the other hand, the judge was concerned that he had settled down in England and had formed the belief that he would be staying, so it would be hard to persuade him to move. He concluded by expressing his view that the brothers should both live in the UK with their father, although he did leave it to be negotiated by the parties.

Relocation cases require a delicate balance of interests. The key concern in such cases, as is evident in the case just discussed, is what is in the child’s best interests. These decisions can have a significant impact on a child’s life so it is crucial that no key factor gets overlooked. Mr Justice Keehan ultimately left the decision to the parents but gave some very clear guidance for them to consider during their negotiations. This demonstrates how difficult it is to come to a definitive answer in such cases; there are always many factors and finding the right balance can be very difficult.

You can read more about children and international relocation here.