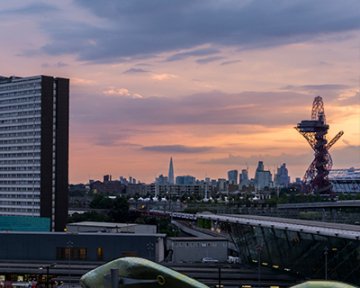 Sitting before Her Honour Judge Purkiss in the East London Family Court, the London Borough of Newham were instructed to provide support and keep watch for the three children (aged 6, 5 and 3 years old) of a man twice convicted of grievous sexual assaults against minors.

The father in these proceedings was convicted in 2003 of attempted rape, indecent assault, actual bodily harm, and attempted indecent assault of a 15 year-old boy. When the boy reported the incidents to the police, the father attacked him with a hammer. He was sentenced to 6 years in prison, released on licence in 2007.

In 2015 the father was again convicted of sexual offences; two counts of rape and attempted rape against an 11 year-old girl. He is currently remanded in custody and is due to face a substantial term in prison.

The local authority therefore initiated proceedings for the care and protection of the father’s three children (s.31 Children Act 1989), as he poses a risk to even his own children. Initially, they sought to take the children into care as both parents intended to stay together, and the mother had been reluctant to accept the truth of her husband’s criminal behaviour. However, once court proceedings were initiated the mother changed her view and is now seeking an Islamic divorce from the father, and will seek a legal divorce once she is financially able to do so.

The father (and the paternal family) denies any responsibility for his criminal behaviour. Therefore, given his criminal convictions, the Judge and all parties present at the hearing agreed that “he is not a man who could ever have unsupervised contact to a child.”

The court was keen for the children to stay with the mother if possible, and the Local Authority supported this course. Her Honour Judge Purkiss stated that “the concerns arose solely because of the mother’s denial of the father’s criminal offending and her lack of insight into the risk that he posed.” However, given her significant change in views, and assessments of her capabilities, all parties agreed that in all other respects she had demonstrated an ability to provide good quality physical and emotional care of the children, and would be able to continue to do so if given appropriate support. By contrast, placing the children into care would have a damaging effect on their emotional wellbeing.

There had been no evidence presented that the children had so far suffered any sexual abuse, and the Judge stated that the father would only be able to do so in the future “if the mother fails to comply with…the court order in relation to contact”, and if the local authority fails to provide appropriate support.

Her Honour Judge Purkiss methodically applied the criteria established in s.1 of Children Act 1989 in this case. Given the ages of the children, their feelings were appreciated, in particular that of the eldest child who had the clearest understanding of the changes to their family, but such considerations could not be determinative given the limits of her understanding. The Judge stated that as the children get older their understanding will develop, but that for the foreseeable future it was more important that they be able to grow up in a ‘safe, nurturing environment’ and ‘to develop an understanding of the risk their father poses,’ and that no contact should be permitted with the father or paternal family until their view as to his criminal behaviour and responsibility changed.

Therefore, on the evidence the father posed a significant risk to his children, and (with all parties in agreement) the Judge ruled that instead of the originally sought care order, an order should be made in the mother’s favour stipulating that the children should live with their mother, but that a Supervision Order to the Local Authority would be “both necessary and proportionate” given the nature of the father’s crimes and vulnerability of the children, and that any future contact with the father should be “strictly limited… only annual indirect contact.”

The post-nup blues
This site uses cookies. Find out more. Continued use of this site is deemed as consent.   CLOSE ✖