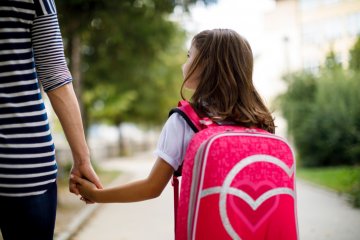 Four-year-old Elliana Shand became the subject of much concern after she went missing with her mother, Jessie Richards, whilst proceedings surrounding her future care were ongoing in the UK. Thankfully, Elliana was found safe in Spain with her mother earlier this month.

In November 2017 Mr Justice Hayden, a family court judge, voiced his concern for the safety of Elliana after it was discovered that she was missing, along with her mother. The increased concern and call for media attention in order to locate Elliana was due to the fact that Ms Richards was schizophrenic and deemed by the judge overseeing proceedings to be unable to meet the needs of her child because of this.

Elliana went missing in the midst of court proceedings in the UK regarding her being taken into care. It was concluded that her current situation, being in the care of her mother, was not sufficient to provide her with the safety and security that was her right. The judge stated that “in optimum circumstances, the mother’s capacity to meet her daughter’s needs was barely satisfactory”.

With deep concern over her absence, Mr Justice Hayden made an ‘unusual announcement’ to say that:

“It is abundantly clear that under stress, perhaps not taking her anti-psychotic medicine, perhaps in the grip of auditory commands which are hallucinatory, she poses, despite her love for her daughter, a very real risk to her safety.”

Immediately before she went missing, Elliana had been on holiday with her maternal grandmother as a ‘farewell final holiday’ due to the fact that the court proceedings were likely to end in Elliana being taken into care. On return, Elliana was given by her maternal grandmother back to Ms Richards and she subsequently went missing. The maternal grandmother claimed that she did not where they were but it was the judge’s view that, on assessment of the family, he had “utterly no doubt that is in contact with her daughter and, almost certainly, her granddaughter.” Given the potential risk to Elliana, and the concern given by the court, her paternal grandparents took action to call for her safe return. The paternal grandfather, Mr Doyle, sought and was granted permission to publish a photo of Elliana’s mother and to make media appeals. Following her return, the judge praised the couple for their efforts.

The concern of the judge in the midst of these proceedings illustrates the absolute principle that it is the welfare of the child that is of the utmost importance in the courts of England and Wales. It is not unprecedented for a child to be abducted by their parents during care proceedings such as this but Ms Richards’ mental illness meant that she was unable to provide the necessary care for her daughter. Given the risk of potential harm that Elliana faced, the case warranted the rare intervention of a judge in media affairs.