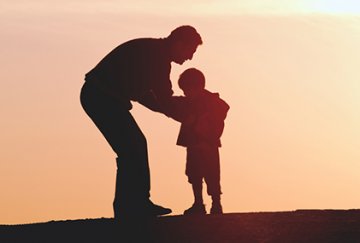 The Child Maintenance Service, which was launched in December 2012 for new applicants seeking child maintenance from non-resident parents, has been rolled out to all new applicants.

Under the Child Maintenance Service, which will eventually replace the Child Support Agency, the amount of maintenance payable by the non-resident parent will be based on gross rather than net income, thus avoiding the issue of the paying parent hiving large amounts into pension schemes to reduce their child maintenance liability.

The rates under the new regime are more complex than those under the old system. The level of maintenance is calculated in accordance with the following:

(a) A nil rate for non-resident parents who fall into certain categories, such as a student in full-time education or where their income is less than £5 per week;

(b) A £5 per week flat rate for gross incomes of less than £100 per week, or where certain prescribed benefits are received by the non-resident parent or (in some instances) their partner;

(c) A ‘reduced rate’ now prescribed in the Child Support Maintenance Calculation Regulations 2012 for gross incomes between £100 and £200 per week;

A reduced rate is applied to paying parents who have other children living with them, and paying parents will continue to receive a 1/7th reduction for every night of the week (on average over a year) that they have care of the child(ren).

In the first instance parties are encouraged to come to a voluntary agreement between themselves. If they are unable to do so, they are able to request that the Child Maintenance Service recovers the money on their behalf; there will be a £20 charge for this service. There will also be monthly collection charges, being 20% for the paying parent and 4% for the receiving parent.

Clare’s Law pilot scheme set to become a national scheme
This site uses cookies. Find out more. Continued use of this site is deemed as consent.   CLOSE ✖