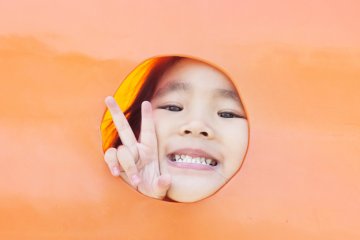 Over the last two decades family lawyers have looked on despairingly as the Child Support Agency (CSA) has changed its various names and formulas.

Having shadowed the CSA since December last year – when it took on responsibility for cases involving four children or more for a trial period – the new Child Maintenance Service (CMS) will handle all fresh applications for child support from 25 November 2013.

It is hoped that this new body will reform the age-old problems experienced with the slow administration of the CSA. Phasing in the new regime gradually will be the most effective development yet.

However, given the mistakes and problems experienced in the past we are not holding our breath. In the early 1990s the CSA began with extraordinarily complex formulas for calculating what a non-resident parent should pay to the primary carer of their children by way of child maintenance. This complexity made it very difficult for parents, solicitors and the court alike to work out exactly what should be paid, and paved the way for dispute rather than greater cooperation.

The CSA’s last attempt involved a much simpler formula, which family lawyers have become accustomed to, where 10% of the non-resident parent’s net salary was payable for one child, 15% for two and 20% for three children or more.

The intention now is to close all cases operating under the old scheme and transfer them all to the CMS. The new regime incorporates many changes that are intended to benefit families. The most dramatic changes are that calculations will now be based on the paying parent’s gross rather than net income. There will also be an automatic reference to the Inland Revenue to verify the paying parent’s income, which should reduce time spent calculating and debating this point.

Paying parents should not be alarmed by the gross income calculation as it will not necessarily result in an increase in what is due. It may even result in less being payable depending on the nature of their income. The new calculation will simply ensure that the ‘whole picture’ of the paying party’s income is taken into account.

We are also promised that enforcement will be quicker and easier and that the CMS will ’review the financial circumstances of the parent paying maintenance annually to ensure levels of payment are fair, accurate and up-to-date’. Only time will tell. We are watching this space.