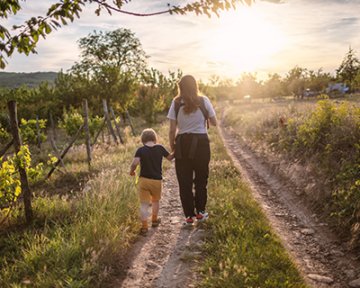 As the Child Maintenance Service closes up cases that were opened under the Child Support Agency, 57 percent of parents are being forced to abandon their claim for child support payments.

The myth that family courts favour women has been widely debunked, but even without their favour, 91 percent of single parents are women, meaning this deficit has a disproportionate impact on single mothers.

The latest report by Gingerbread, a national charity for single parents, highlights the consequences of how far short the DWP’s new Child Maintenance Service has fallen. Parents who wish to pursue claims for child maintenance payments from partners who are unwilling to agree terms without outside intervention now have to pay for the service, which has lead 87 percent to drop their claims. While the service may count these closed claims as a win, it has left parents £4 billion short.

It’s important to note that payment of statutory child maintenance is a legal obligation, in the same way that tax is, but it would appear to be much easier to avoid than tax. One woman reported that her former partner’s employer failed to fill out the forms to enable his debt to be deducted from his pay cheque. After the delay this caused, it then let him declare himself as self-employed, even though he still worked for them in the same capacity, so he could avoid paying it at all.

A previous report by Gingerbread showed that receipt of child maintenance will bring one in five of the poorest families who receive above the poverty line. As we now live in an age of austerity, this may well be why, when writing for the Guardian, Polly Toynbee called the extent of unpaid child maintenance a “scandal”.

Fiona Weir, Gingerbread’s chief executive said “Britain’s child maintenance system is contributing to a culture where too many parents think it’s optional, rather than obligatory, to pay their child’s maintenance. The accumulated level of CSA arrears is staggering. The government cannot walk away from its obligation to collect the millions owed.”

In the wake of recent surrogacy bans, loosely regulated Cambodia attracts Indian industry
This site uses cookies. Find out more. Continued use of this site is deemed as consent.   CLOSE ✖