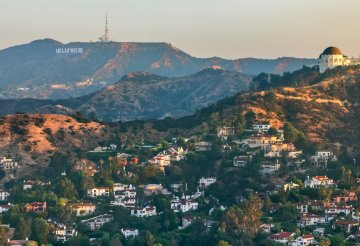 Earlier this week, international media attention pivoted once again to the Hollywood heartbreak of Angelina Jolie and Brad Pitt. Engaged in a bitter dispute over the separation of assets, the family tribe has recently come under scrutiny as child arrangements moves to the forefront of the legal battle. As a playground for the rich and famous, Los Angeles has a reputation for bending the rules and its approach to divorce and child proceedings is no different.

California’s state-wide Uniform Child Support Guideline was implemented with the primary goal to ensure that children received ‘fair, timely and sufficient support reflecting the State’s high standard of living and high costs of raising children compared to other states.’ Likewise, the legislature hoped that the guidelines would minimise the need for litigation. However, with no cap on guideline levels, high-income cases continue to defer to the discretion of the courts. Here, high-earners frequently apply for a non-guideline child support order, arguing that the amount determined under the guideline formula would exceed the needs of the children. This is particularly of interest since one benefit of such an application is the potential to curtail discovery, limiting investigation into the earner’s actual income, instead of the value of their lifestyle. This is widely supported by a body of case law that has established significant limitations on the payee’s right to obtain detailed financial and lifestyle information in child support cases involving extremely high-income earners.

In 1987, White v Marciano took the stage in California, setting the precedent that discovery was limited only to the standard of living attainable by the parents’ income rather than the manner in which the income is depleted in favour of a particular lifestyle. Consequently, the mother was barred from conducting discovery regarding the father’s net worth or lifestyle. At trial, the court barred the mother from presenting any evidence on the ensuing factors:

“Clearly where the child has a wealthy parent, that child is entitled to, and therefore ‘needs’ something more than the bare necessities of life. It is also clear that the court is required to consider, in a general sense, the non-custodial parent’s standard of living. However, contrary to appellant’s contentions, a trial court is not required to consider detailed lifestyle and net worth evidence in reaching a decision as to the needs of the child or the amount of support to be awarded.”

Further to this, in Estevez v Superior Court , the father provided a support ‘package’ which the mother found dissatisfactory and requested a more reasonable sum. To support her request, the mother sought discovery of all documents relevant to the father’s income and lifestyle. The father resisted discovery on the grounds that he earned an extraordinarily high income and had agreed to pay whatever reasonable amount of support the court ordered. The mother responded by stipulating that the original support required by the guideline must be calculated before non-guideline support can be calculated.

The Estevez court concluded that discovery of the father’s financial records was “unnecessary, to say nothing of unduly burdensome and oppressive… because the information sought is irrelevant to the issue of the amount of child support to be paid by an extraordinarily high earner who has stipulated that he can and will pay any reasonable amount of child support”. The court further noted that:

“where the extraordinarily high earner resists detailed discovery of his or her financial affairs, the trial court may make such assumptions concerning his or her net disposable income, federal income tax filing, status, and deductions from gross income as are least beneficial to the extraordinarily high earner, and thereby satisfy the requirements of Family Code section 4056.”

In most cases, the factual information necessary to apply the guidelines formula can be obtained from the payer’s income tax returns.

Finally in re Marriage of Loh , the court of appeal noted that the information presented in income tax returns is presumptively correct. Therefore, the trial court should only allow broader discovery if the payee can show that the income declared on the payer’s tax returns is inaccurate.

The debate regarding the provision of child maintenance highlights the failure of uniform guidelines to unblock the courts and minimise the need for litigation. In the overwhelming majority of child support cases, the amount should be relatively easy to resolve once it becomes clear exactly how much each party has to offer. However, as we have seen here, the major exception are cases involving extraordinarily high-income parents. Whilst there is the attractive potential of limiting discovery, with the potential for child maintenance to exceed guidelines as well as fall short, it’s a risky game to play.

Reproductive charity calls for return of donor anonymity amidst sperm shortage
This site uses cookies. Find out more. Continued use of this site is deemed as consent.   CLOSE ✖