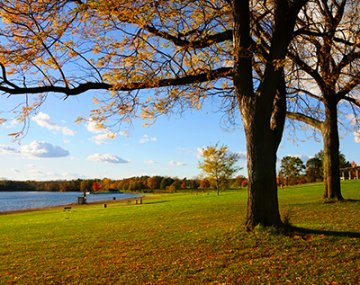 In Michigan last Monday a court heard a women’s application to permit her boyfriend to have contact with her children, despite agreeing during her divorce last year that he would be restricted as he is a sex offender.

The applicant Rachael Lanni of Warren, Michigan divorced Anthony Lanni in May 2015. Child arrangements were reached between them that included a written agreement that Mrs Lanni’s new boyfriend Thomas Ireland is prohibited from contact with their two children, who are both under the age of 10.

Mrs Lanni had agreed to this arrangement as her relationship with Mr Ireland was still in the early stages and she claims she had not anticipated its "long-term" nature. She is now intending to marry Mr Ireland, and so applied to the court to have the wording of the agreement revoked.

Mr Ireland was convicted of second-degree criminal sexual conduct in 1994 when he was 18 years old, and the victim was 14. He was sentenced to one year in prison and 400 hours of community service. He must remain on the register for 25 years (until 2020).

In reference to Mr Ireland’s criminal past, Mrs Lanni’s lawyer stated "this was 22 years ago…he is an upstanding citizen of Macomb County and the state of Michigan. Has he done anything since that would show he is a danger? The answer is resoundingly no." Mrs Lanni’s lawyers are therefore arguing that there is no longer a need to restrict Mr Ireland, and the agreement now only serves to restrict the wife’s new relationship from progressing, and preventing the children building a relationship with their potential step-father.

Mr Lanni’s lawyers however, consider that the needs of the children should outweigh those of Mrs Lanni. Their concern was that the children could potentially suffer if Mr Ireland lived with the family. They cited in their argument a psychological study of the effect on children of having a parent on the sex offender’s register, and that they are often stigmatised. They were therefore looking to minimise the chance of harassment, ridicule or depression, in the children’s lives. Mr Lanni also sought a costs order for this hearing as he deemed his ex-wife’s application to be frivolous.

Mr Ireland only admitted a week before the judgement that the offence for which he was convicted was not a consensual sexual act. Mr Lanni’s legal position is therefore that this new boyfriend is a potential danger to his children.

Judge Matthew Switalski, sitting in Macomb County Court, handed down judgment last Tuesday rejecting the wife’s application to lift the ban. He upheld the original agreement as the ex-wife knew what she was agreeing to when she signed the agreement.

"THE KEY THING IS SHE SIGNED THE JUDGEMENT…EVERYBODY’S GOT A SOB STORY WHEN SOMETHING DOESN’T GO RIGHT AFTER THEY AGREE TO IT…SHE HAS NO GOOD REASON…OTHER THAN HER SITUATION CHANGED."

Judge Switalski did not agree however that this application was "frivolous" in nature, and therefore rejected Mr Lanni’s request that his ex-wife pay $5,000 towards his legal fees.

Mrs Lanni’s legal team have considered that it may be more likely that this application would be more successful in 4 years time once Mr Ireland is no longer on the sex offenders register.

Court of Appeal upholds judge’s discretion in child abduction case
This site uses cookies. Find out more. Continued use of this site is deemed as consent.   CLOSE ✖