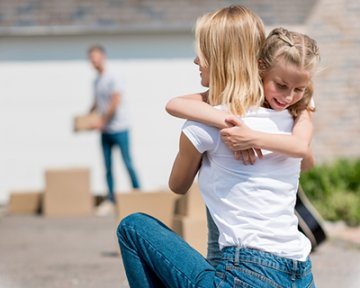 Mr Justice Cobb has called for revisions to Practice Direction 12J as part of a wider effort to make the family justice system safer for victims of domestic violence and their children. In his review, he addresses concerns raised by Women’s Aid and the All Party Parliamentary Group (APPG) on Domestic Violence and proposes amendments to the practice guidance as it relates to issues including child contact with parents who pose a risk of abuse or harm, and the cross-examination of vulnerable witnesses by alleged perpetrators of abuse.

When deciding how much contact each parent should have with their children post-separation, the child’s best interests are the family courts’ top concern. This is known as paramountcy principle; the consensus that "the child’s welfare shall be the court’s paramount consideration", as it is enshrined in s.1(1) of the Children Act 1989.

In 2014, a new section was inserted into the Act, introducing a presumption that, "unless the contrary is shown", contact with both parents "will further the child’s welfare".

However, some organisations have voiced concerns that the family justice system has been overzealous in applying this pro-contact approach—issuing contact orders that, in the most extreme cases, may endanger the very children they are aiming to protect. A year ago, Women’s Aid released its Nineteen Child Homicides report which gives account of nineteen children who were intentionally killed by a parent, the homicides "made possible through unsafe child contact arrangements, formal and informal." More than half of these child contact arrangements were ordered through the family courts.

According to the report, the "harmful" presumption that parental contact is always beneficial for children, unless explicitly proven otherwise, "contributed to the tragic cases discussed". With a view to preventing similar tragedies in the future, Women’s Aid called for "independent, national oversight into the implementation" of the judiciary guidance which addresses child arrangements in cases involving domestic violence.

At the time of the report’s release, paragraph 4 of Practice Direction 12J - Child Arrangement and Contact Orders: Domestic Violence and Harm stated that:

"The Family Court presumes that the involvement of a parent in a child’s life will further the child’s welfare, so long as the parent can be involved in a way that does not put the child or other parent at risk of suffering harm."

Practice Direction 12J was first introduced in 2008 to clarify the court’s approach to contact where there are allegations of domestic violence, and was redrafted in 2014 to accommodate a broader definition of domestic abuse.

The Cobb review states that Women%27s Aid found the revised Practice Direction "essentially sound" but made recommendations to make both the guidance and its implementation "more robust". In response to these recommendations, Mr Justice Cobb proposes changes to Practice Direction 12J, rewording paragraph 4 to stress that "the presumption contained in section 1(2A) of the Children Act 1989" does not operate "to require %27contact at all costs%27 in all cases, without a proper evaluation of the risk of harm from domestic abuse". Mr Justice Cobb’s revised version of paragraph 4 emphatically states that the presumption of parental contact does not apply in cases involving domestic violence, reading as follows:

"Where the involvement of a parent in a child’s life would put the child or other parent at risk of suffering harm arising from domestic violence or abuse, the presumption in section 1(2A) of the Children Act 1989 shall not apply."

Aside from the issue of child contact, Mr Justice Cobb made further amendments to Practice Direction 12J to include "a requirement for the court to ensure that the court process is not being used as a means in itself to perpetuate coercion, control or harassment by an abusive parent" and "afford further protection for the alleged victim of abuse from cross-examination by an alleged unrepresented perpetrator".

The cross-examination of alleged victims by alleged perpetrators of violence in the family courts is an issue which has garnered considerable media attention in recent weeks. On 30 December 2016, President of the Family Division Sir James Munby stated that the family justice system “lags woefully behind” the criminal courts in this area, and called for reform “as a matter of priority”.

Though, as Sir James acknowledged, the primary legislation required to implement the proposed ban is a matter for parliament, Mr Justice Cobb’s proposed amendment to paragraph 28 of Practice Direction 12J makes explicit that:

Beyond these revisions, Mr Justice Cobb notes Women’s Aid’s call for a broader "cultural change within the Family Court system" to consistently prioritise the safety and well-being of children and non-abusive parents.

Mr Justice Cobb’s review was warmly received by Chief Executive of Women’s Aid Polly Neate. Quoted in Family Law Week, she praised both Sir James Munby and Mr Justice Cobb for their attention to the issue:

"We welcome this landmark opportunity to improve guidance for family judiciary in such cases, following our report Nineteen Child Homicides and the Child First campaign. We urge the Family Procedure Rule Committee, and Lord Chancellor and Secretary of State for Justice Liz Truss MP, to agree the new Practice Direction, with all of the changes set out by Mr Justice Cobb, without delay. It will help to protect children from unsafe decisions on child contact. We thank Sir James Munby and Mr Justice Cobb for their commitment to this work and the President’s call that the report ’must be read, in full, by everyone involved in the family justice system.’"

New website makes legal information accessible to children
This site uses cookies. Find out more. Continued use of this site is deemed as consent.   CLOSE ✖