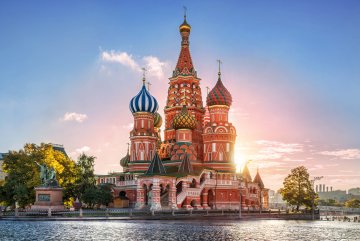 The 1996 Hague Convention has been used in Russia for the first time, illustrating the significance of its use both at home and abroad in child abduction cases.

Rachael Neustadt, a 36-year-old former teacher from America based in London, has been embroiled in a fierce legal battle with her ex-husband, 37-year-old Ilya Neustadt who is a Russian national. The couple have three children together. In December 2012, the two older boys, Daniel, seven and Jonathan, five, went to Russia to visit their father for an agreed two-week holiday.

The purported two-week holiday has now continued for nearly a year, with Ms Neustadt being told by her ex-husband by way of email that her children would not be returned to her. The children, she was told, would henceforth be living in Moscow.

Interpol issued Missing Persons notices for the boys, and the High Court repeatedly made orders for the return of the children from March to August 2013; all of the six orders were ignored.

In June 2013, the Hague Convention – which relates to cross-border disputes between parents – was ratified by Russia, thus enabling Ms Neustadt to apply to the Russian courts for the recognition and enforcement of the order in light of the ratification. It was signed by the United Kingdom last year.

In July 2013, Ms Neustadt was permitted by a Deputy High Court judge to publicise the case. In September, the Russian court ordered that the children be returned to their mother, a decision which was appealed by Mr Neustadt. On 20th November the Moscow City Appeal Court ruled that Mr Neustadt was in breach of a High Court order of England and Wales and that Daniel and Jonathan had been kept illegally in Russia.

The charity Reunite International has said that cases like these are a hidden problem and that tragically, with the increase in easier and cheaper travel and with more mixed-national partnerships than ever, the problem of child abduction looks unlikely to disappear.

Ayesha Vardag appears on ITV’s This Morning
This site uses cookies. Find out more. Continued use of this site is deemed as consent.   CLOSE ✖