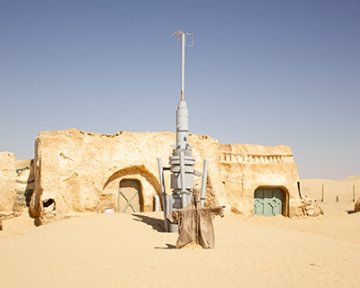 Here is the last instalment of my Star Wars series for Fiction vs Family Law. The other two blogs in this series, which examine family law issues through the lenses of Kylo Ren and Rey, can be found here and here, but this time I’m going to take a look at the controversial third main character of The Force Awakens –Finn.

The casting of John Boyega as Stormtrooper FN2187 in The Force Awakens proved divisive for fans of the previous films. It was established in the prequel films that all Stormtroopers were clones, so having a different actor, let alone a black one, play a Stormtrooper was frowned upon by some traditionalists. However, during The Force Awakens it was explained that the First Order had ditched The Empire’s clones in favour of abducting children and programming them for battle. FN2187 later escapes and is renamed Finn by fellow escapee Poe Dameron, but the way he came to be part of the First Order is something that resonates in the rather more terrestrial sphere of family law.

For the most part, child abduction is an issue of criminal law, but there are cases where family law is involved, such as when parents are the ones responsible for abducting their own children. This often arises over issues regarding residence, where one parent wishes to leave the country with their child but does not have the consent of the other parent or a court order allowing them to do so. We’ve looked already at parents who have long distance relationships with their children because the other parent has obtained the dispensation of the court to move abroad, but when that’s not the case they have entered the realm of international child abduction.

There were 477 recorded instances of international abductions in 2014, more than double the amount in 2005. Reunite International, a UK based charity that aims to prevent and reverse international parental child abduction, believes even that figure could be much higher as so many cases go unreported. Speaking to the BBC last year, Alison Shalaby, the CEO of Reunite International, said that many parents don’t even realise that they’ve committed a crime (international child abduction carries a maximum sentence of 7 years in prison). However, for the most part, Shalaby says her charity wants to work towards preventing these abductions from taking place. If parents can be encouraged to go through conciliation, the hope is that, with everyone on the same page, abductions would be far less likely to take place.

Much like Finn’s backstory, international child abduction is poorly understood by many, but encouraging greater communication between families and working with parents to safeguard their children is what will keep things in the compass of family rather than criminal law.

Sherri Shepherd’s failed maternity suit and what it means for surrogacy contracts
This site uses cookies. Find out more. Continued use of this site is deemed as consent.   CLOSE ✖