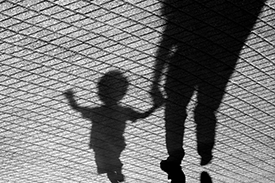 The recent case of Re F (Abduction: Consent) EWHC 484 involved the abduction, by the mother, of a child from Denmark to the UK via Slovakia and the Czech Republic.

An application under the Hague child abduction convention was brought in London, on behalf of a Bosnian father living in Copenhagen, against a Slovakian mother living in Newcastle, for the return of a child, removed from Denmark, and brought to the UK via Slovakia and the Czech Republic.

The father made the application for the child to be returned to Denmark approximately eight months after the child arrived in the UK.

The judge, Mr Justice Peter Jackson, considered whether the father had consented, and found that the father was never asked for his consent and had never given consent.

He then considered acquiescence in light of Re H (Abduction: Acquiescence) 1 FLR 872, and did not find that the father had acquiesced.

The mother raised a defence under Article 13(b) of the Hague Abduction Convention, referring to the father’s emotionally abusive behaviour and criminality, and her lack of family support in Denmark. The judge considered that a return to Denmark would not likely expose the child to grave harm or place him in a situation that he should not be expected to tolerate.

He accepted that a return to Denmark would bring significant disadvantages to the child in disrupting his current arrangements, but that these did not engage Article 13(b) of the Hague child abduction convention.

He also decided that this had to be weighed against the advantage of the child seeing his father, and his future being determined in the jurisdiction of his habitual residence.

Accordingly, an order for the return of the child was made.

Publication of judgments in the Family Courts
This site uses cookies. Find out more. Continued use of this site is deemed as consent.   CLOSE ✖