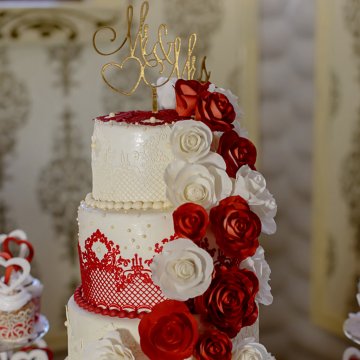 You may wish to call and cancel that life-sized ice statue of yourself and your fiancée—a study from Emory University found that people who have expensive weddings are more likely to get divorced.

The study, aptly titled, “‘A Diamond is Forever’ and Other Fairy Tales,” surveyed over 3,000 married persons in the United States. They found that couples who spent over $20,000 on their nuptials were 1.6 times more likely to divorce compared to couples whose wedding ceremonies cost between $5,000 and $10,000. Lovers who spent only $1,000 on their wedding were even less likely to divorce.

For context, the average wedding in the US costs approximately $30,000. Couples who wish to improve their odds of marital bliss by scrimping on wedding expenses will be forced to make quite a few cutbacks.

The study’s authors found the same correlation between engagement ring cost and successful marriages: the cheaper the rock, the more rock solid the relationship.

The study didn’t explore the reasons behind these connections, but there are theories. Professor Hugo M. Mialon, co-author of the study, said: “It could be that the type of couples who have a … (budget wedding) are the type that are a perfect match for each other”. He also speculated that, “having an inexpensive wedding relieves young couples of financial burdens that may strain their marriage”.

On a more pessimistic note, it is possible that couples that couldn’t afford lavish weddings are also less likely to enter costly divorce proceedings.

The study also found that married couples were more likely to stick together when there was a large turnout at their wedding. Andrew M. Francis, also the study’s co-author, told CNN: “This could be evidence of a community effect, i.e., having more support from friends and family may help the couple to get through the challenges of marriage”.

So if you’re planning a wedding, be sure to invite everyone you know, all while keeping the cost under $1,000.

Four reasons why silver splitters are on the rise
This site uses cookies. Find out more. Continued use of this site is deemed as consent.   CLOSE ✖