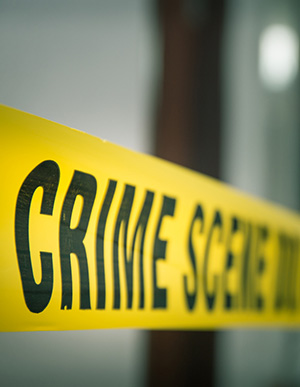 A judge in California has ended the battle over custody of Charles Manson’s remains by awarding custody to Jason Freeman, whom the court accepted was Manson’s grandson and next of kin. Manson, once leader of the ‘Manson Family’ cult that carried out several high-profile murders in the 1960s, died in a state hospital last November after spending more than half his life in prison. He was 83 when he died and his body has been kept in an undisclosed location since then, temporarily frozen while the case played out.

The court accepted that Mr Freeman had a claim as the next of kin, due to being the son of Charles Mansion Junior, who committed suicide in 1993. However, Mr Freeman faced a significant challenge to get to this point. Various other claims were made to Manson’s remains. One party claimed Manson was his father, that he was conceived in an orgy in Wisconsin and that in 2017 Manson had named him sole beneficiary of the estate in a will. Another, Michael Channels, a former pen-pal of Manson’s, claimed that he had been made sole beneficiary of the estate in 2002 and that this position still stood.

Speaking about his motives, Freeman stated that “I’m here to claim my grandfather, have him cremated, spread his ashes and do the right thing…this so-called monster…I want to help bury it.” A private cremation and a secret scattering of the ashes would avoid any one location becoming one of gruesome fascination, or ripe for vandalism by those outraged as Manson’s crimes.

During the battle for Manson’s body, there were fears that some claimants may have less savoury motives, such as displaying his preserved body for the tourist trade or even preserving Manson’s tattoos individually for sale. At one point during his prison sentence Manson was engaged to Afton Elaine Burton—it was later reported that she only planned to marry Manson in order to gain control over his body when he died so that she could display it to paying viewers.

Whilst the dispute about Manson’s body is now settled, there remains a debate about what should happen to his estate. An estate would normally pass to the next of kin if there is no verified will stating otherwise. With Freeman accepted as Manson’s grandson during the proceedings concerning the body, he might well stand to inherit.

Selling memorabilia to fund a celebrity divorce?
This site uses cookies. Find out more. Continued use of this site is deemed as consent.   CLOSE ✖