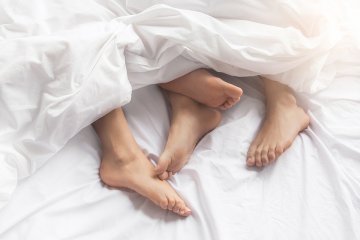 This week’s National Survey of Sexual Attitudes and Lifestyles suggested that people on average are having only two-thirds as much sex as in 2001. The once-a-decade study, overseen by academics from the world-leading University College London and the London School of Hygiene and Tropical Medicine, showed that a man was having sex 4.9 times a month on average, and a woman 4.8 times. This was down from 6.2 and 6.3 times a month respectively in 2001.

The authors of the report have suggested that this is a result of the hectic nature of modern lives. The academics believe that post-recession worries about jobs and money have left people less in the mood for intercourse, whilst the growth of technology and the 24-hour ‘switched on’ culture have create a huge number of distractions for couples.

As well as reporting on the amount of sex people are having, the study also examined attitudes to a range of sexual issues. While in many ways this has shown a liberalisation of values, it has also shown an interesting hardening of attitudes against adultery. Whereas in 1991 fewer than half of men, and 53 percent of women, felt that ’Adultery in marriage is always wrong’, the present study showed those values were two-thirds and 70 percent respectively.

The lack of sexual activity between partners, and the increasing intolerance of adultery, could point towards increased tensions within marriage. As partners become disconnected because of the rigours of modern life, family breakdown may become more likely. This can be true especially of high-earning couples, where Blackberries and tablets intrude upon what was once free time, straining relationships and triggering the move towards divorce.

The increased intolerance of adultery demonstrated by the study might also suggest that partners are less likely to reconcile when one has strayed; events that marriages may once have weathered are more likely to lead to dissolution. This is perhaps a result of the increasing value of awards given to wives on divorce, meaning that they can be more secure financially secure when leaving a philandering husband.

Court gives husband a golden incentive to return wife's jewellery
This site uses cookies. Find out more. Continued use of this site is deemed as consent.   CLOSE ✖