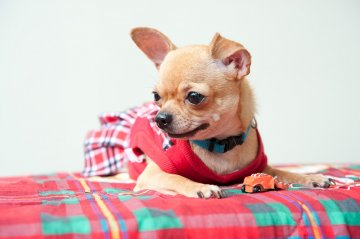 It was only a few weeks ago that Johnny Depp and Amber Heard culminated their bitter and public divorce. It was two weeks into the New Year that Depp and Heard finalised the separation of capital assets and a life together. Attention was drawn to one particular asset, or rather two important family members, the family dogs Pistol and Boo. With a $6 million settlement, Heard secured full custody of the two pups. However, despite their emotional elevation in a family, it may surprise you to know that, in the eyes of the law, animals are considered property, nothing more.

As a result, there is a chasm between the law and the de facto reality of the couple in dispute. Animals can and will frequently be fought over to a similar degree as child custody – but the law does not reflect this. Instead, the law approaches the pet in the same way as a car or a television.

Recently, however, the tides have been shifting. Earlier this week, Alaska became the first state in the USA to require courts to take ‘into consideration the well-being of the animal’ and to explicitly empower judges to assign joint custody of pets unless evidence suggests otherwise.

David Favre, a Michigan State University law professor who specialises in animal law supported the amendment to the law, saying:

“For the first time a state has specifically said that a companion animal has visibility in a divorce proceeding beyond that of property – that the court may award custody on the basis of what is best for the dog, not the human owners”.

Favre’s opinion was supported by Kathy Hessler, director of the Animal Law Clinic at Lewis and Clark College in Portland, Oregon:

“The parties involved often want decisions on custody and visitation and even monetary support for a pet. But existing statutes that guide such matters are designed to address children, not animals… The relationship with the animal is what is important in the family law context, so the property law analysis tends to be a poor fit for resolving disputes, and in fact, many of the property settlement agreements are continuously disputes, making more work for the courts”.

Unfortunately, this development in animal law has not been replicated by the British courts. Despite the same contention over family pets, there is no statute that elevates the pet to the same position as children in the marriage. In spite of this, feuding couples are hiring solicitors to draw up their own bespoke legal agreements that set out the custody and ‘dog visiting rights’. According to the Daily Mail, in some cases, feuding couples have spent up to £25,000 on court battles, which have involved calling in animal behaviour experts.

Ayesha Vardag, President and Founder of Vardags, has described the acrimonious disputeover domestic animals: “Pets can be a particular battleground. Neither party wants to give up their beloved cat, dog or iguana. One case we spent several hours agreeing which weekends a cat should spend with each party”. Ayesha has stressed that what may seem like extravagant requests for financial award such as, in one case, £900,000 for the up-keep of an ex-wife’s horses, may prove reasonable: “Reasonable is in the context of the lifestyle to which the parties were accustomed and the overall financial resources. There is no reason why an award should not be made for upkeep and accommodation of horses, dogs, pot-bellied pigs or any other creature which has formed a significant part of the claimant’s world."

A survey last year of the UK’s top 100 family lawyers revealed judges are increasingly recognising the importance of pets in break-ups. Joint custody of pets was awarded in more than a third of cases in 2006 while women were given the family pet in 78 percent of divorces.

With the increasing relevance and importance of the family pet, is it only a matter of time before the courts amend their procedure and approach the family dog in the same light as the children.

Private divorce: what is it, who does it, and is it right for you?
This site uses cookies. Find out more. Continued use of this site is deemed as consent.   CLOSE ✖