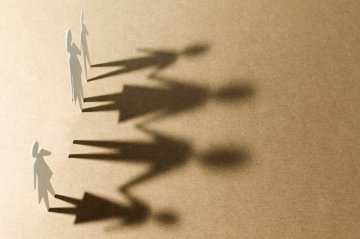 In December of this year, Mr Justice Cobb was asked to hear a case, B and C (Change of Names - Parental Responsibility - Evidence) , concerning a mother who wished to be granted permission to change the names of both her children, and sought a prohibited steps order to be made restricting the ability of the father to exercise his parental responsibility in respect of those children.

Given the circumstances of the case, Cobb J was required to address four key issues, two procedural and the two aforementioned substantive ones. In terms of procedural issues, firstly, there was the question of proceeding in the absence of the father. Secondly was the question of whether the mother could withhold a witness statement from the other party, given that it contained crucial information about her living situation. Background to the case The children at the centre of the case, B and C, were brought to the UK from Iran in 2003 by their parents who sought asylum here. The mother described her marriage as abusive for almost its entirety, saying that her husband was often intimidating towards her and the children. The mother had issued divorce proceedings in 2013, which she later discontinued and then recommenced in 2014. It is thought that the father made an undertaking to the mother that in return for her travelling with him and the children to Iran, he would not defend the divorce. In Iran, it is claimed by the mother that the father took the children from her and tried to stop her leaving the country. The mother was able to get back to the UK with her children. However, the father followed his family back to the UK and following intervention by the police and the local authority, the mother was relocated to a hostel. She subsequently sought to obtain injunctive relief against the father. A prohibited steps order to prevent the father removing the children from her care and from the jurisdiction of England and Wales was granted. The father claimed in his statement under proceedings for contact, that he had “no plans to remain in Iran...I deny I pose a threat to the children...my children are settled in the UK and this is their home.” In 2015, an order was granted allowing the father two nights a week with the children and the divorce was finalised. In February 2016, the mother was informed that the children had not been brought into school by their father for two days. The father had, in breach of the prohibited steps order, taken the children to Iran, via Liverpool, Dublin, Dubai and Tehran, clearly in a bid to go undetected. Finally, nine months later, the mother was able to locate her children in Iran and travelled there to bring them home. After what could only have been a most arduous journey, assisted by the Foreign and Commonwealth Office and by the British Embassy in Turkey, the mother returned to the UK with the children.

Since returning to the UK, the mother had received frightening telephone calls and messages from the father threatening her. He issued proceedings in the family and criminal courts in Iran, claiming that the mother had kidnapped the children. The local authority had since been assisting in safeguarding the children and keeping their location a secret. In November 2016, the children were made wards of the court and the contact order in favour of the father was suspended. The mother issued applications for the following two orders in May 2017: (i) an order permitting her to change the names of the children; (ii) a specific issue order for the court to limit the exercise of parental responsibility by the father. Procedural issues Cobb J began by addressing the two procedural issues before him; that of the father’s absence during proceedings and that of whether the mother could withhold a witness statement from the father. With regards to the first, the judge concluded that the father had received “reasonable notice of the application, and specifically of this hearing, and that the circumstances of the case justify proceeding in his absence”. In answer to the latter, the judge held that “the father has no immediate and obvious need to have the information contained in the fourth statement”.

There are limited circumstances in which relevant evidence may be withheld from a party to proceedings and Cobb J said that, in his view, it was “fair and proportionate”, given how afraid the mother and children were, to withhold this information, including details of where they were living, from the father.

Substantive (i) Change of Names The importance of and identity contained in a name was something Cobb J heavily considered in deciding whether to grant the mother permission to change her children’s names. Of this issue, the judge said “a forename and surname together represent a person’s essential identity. From very earliest childhood, one’s name is an intrinsic part of who you are, and who you become”. Given the importance of a name, where two or more individuals hold parental responsibility for a child, it will be necessary for those individuals to agree on a change in name, or where there is disagreement the permission of the court to do so will be required. The court’s primary consideration will be the welfare of the child and will take into account all relevant factors, future and present.

Conclusion Cobb J considered that the orders the mother was seeking were quite exceptional. The orders applied for were intended to “disenfranchise the father in practice as a holder of responsibility for the children, and to create for the children wholly new identities” which would prevent the father from being able to locate them in the future. Such orders, should, therefore, only be made by a court if there is “a solid and secure evidential and factual basis for doing so, and where the orders are palpably in the best interests of the children concerned”. Based on evidence describing the abuse the mother and children experienced whilst in the presence of the father, and the constant and severe fear they now live in, Cobb J was satisfied that the if the father was able to locate the children, they would be at “very real risk of further abduction”, and the mother “highly vulnerable to attack”. The judge concluded that while the change of the children’s names would “deliberately expunge traces of their father’s familial line” and be a severance with their past, the “father has brought about this exceptional situation by his own misconduct”. Putting the welfare of the children at the heart of the decision, it was held that the children’s rights to private life under Article 8 outweigh those of the father. Cobb J ordered that the children have no further contact with their father and that he may not enter within 100m of where he knows, or has reasonable cause to know, the mother may be. A prohibited steps order was granted whereby the father was to be prohibited from taking any steps in the exercise of any of his parental rights in relation to those children until each child reaches 18. Lastly, with regards to changing the names of the children, the judge held that he would grant the mother permission to change both names of both children.

You can read the full judgment for B and C (Change of Names - Parental Responsibility - Evidence) EWHC 3250 (Fam) here.

An order made by the court in children proceedings which restricts stops one parent from doing a specific act.

An order in children proceedings which relates to a specific issue, for example changing a child’s surname.

Legal promise made during proceedings that can be enforced by the court.
“Ayesha Vardag - Britain’s top divorce lawyer.”