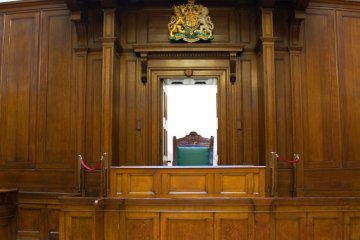 You only need to walk through the Central Family Court waiting room to hear disgruntled parents getting angry with their legal team regarding an intention to change the child’s surname.

There are a number of situations in which this issue may arise, but the most common is when the mother wishes to change the child’s surname either to her maiden or her new marital name. Alternatively, a father may make the application when the mother has registered the name of the child in his ignorance.

When parents act jointly, they may rename their child. When a residence order is in force, it is only possible to change the name with the consent of both parents (with parental responsibility) or with leave of the court. The application must be made under s13 of the Children Act 1989. The change of name is formally effected by deed poll.

What does the court consider?

As is the case in most children proceedings, the court’s primary concern will be the welfare of the child.

The leading case on changing surnames is Dawson v Wearmouth UKHL 18. It was held that:

An order for a change of name ought not to be made unless there was some evidence that this would lead to an improvement from the point of view of the child.

The factors which should be considered when making an application were then discussed in Re W, Re A, Re B 2 FLR 930, and included the reasons for the registration, and issues which might arise in the future, as well as the present situation. The court issued a reminder that the welfare of the child is paramount and that each case will be dealt with on its own facts. Interestingly, if a child is old enough, their wishes will be an important, although not determining, factor.

’Convenience’ The welfare of the child, rather than the welfare of the parent, is paramount. Applications for ’convenience’ are not well received. Re T (Change of Surname) 2 FLR 620 dealt with M, who wanted to change the child’s surname to that of her name and her other children’s names, as it would be more convenient for school and medical records. The court refused her application.

’Ownership’ In Re R (Surname: Using both parents) EWCA 1344 Lady Justice Hale (as she then was) made her thoughts perfectly clear on such applications by leading with the fact that such applications filled her with much sadness: “It is a poor sort of parent whose interest in and commitment to his child depends on that child bearing his name".

Hale pointed out: “After all, that is not a privilege enjoyed by many mothers, even if they are not living with the child. They have to depend on more substantial words". In other words, ‘focus on being a good parent’.

’Identity’ Lord Jauncey, a dissenting judge in Dawson remarked that: “The surname was a biological label telling the world at large that the blood of the name flowed in its veins". Back in 1963, in Re T (Otherwise H)(An Infant) it had been held that it was “Injurious to the link between the father and the child” to deny the child the father’s surname. Although the finding in Dawson did not place a name’s symbolic link with the father as the top priority in cases, it does remain an important consideration, and the court acknowledges the importance of the surname as an indicator of background.

The case of Re S (Change of Names: Cultural Factors) 1 FLR 672 illustrates the importance of cultural and religious identity: Wilson J allowed the Muslim mother to use Muslim names for her child, but he would not permit the formal change of name by deed. Why? Because the current registered name was Sikh and it was important for the child to maintain the link with the Sikh father.

Re R gives us one approach to follow. As Justice Hale commented – when in doubt, double-barrel the surname:

The crucial point is that it is important for there to be transparency about parentage and for it to be acknowledged that there are two parents.

As yet, the courts have not made recommendations on which name should come first.

As our concepts of ‘family’ continue to grow, it will be interesting to see how the surname issue is balanced against numerous parental interests.

Mostyn J: cost funding in private children matters
This site uses cookies. Find out more. Continued use of this site is deemed as consent.   CLOSE ✖