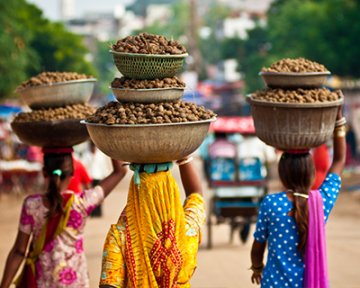 Things have changed in India over the last few years. After the gang-rape and subsequent death of a 24-year-old student in December 2012, public outcry put pressure on the government to reform the laws concerned with sexual assault. This kind of response was unprecedented.

“Delhi was the epicentre for the movement, but it was happening everywhere.” Karuna Nundy, a prominent Supreme Court lawyer, told the Huffington Post. “People were saying ‘enough is enough; this is not OK for us as a society.’ It was incredibly moving.”

In early 2013 new legislation was passed that brought in tougher penalties for sex crimes. Stalking and voyeurism were added to the penal code and police officers who failed to record allegations of sexual assault accurately became criminally liable.

However, in spite of these changes to the law and the assurances of the government, there were no protections for women within their marriages. A survey conducted in India by the United Nations Population Fund and the International Center for Research on Women in 2014 found that of the 9,205 men who participated, a third said that they had forced a sexual act on their wives.

In the UK, marital rape was criminalised in 1991, and India seems finally to be following suit. Earlier this year the Indian government announced that it would be putting forward “comprehensive” legislation to criminalise rape within marriages. However, Kiran Rijiju, the minister of state for home affairs, announced that they would first await “appropriate suggestions” from the Law Committee and the Parliamentary Standing Committee Report.

For many, this is too little too late, and the fact the government is dragging its heels adds insult to injury. However long it takes, we hope that the law will pass and that rates of domestic abuse in India will start to drop.

Fiction vs Family Law: Jessica Jones, Jordan Taylor and why women stay
This site uses cookies. Find out more. Continued use of this site is deemed as consent.   CLOSE ✖