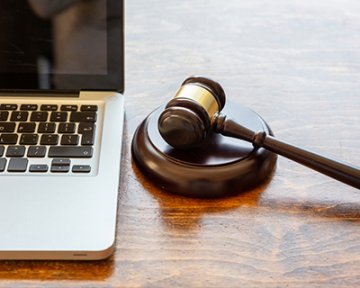 The Central Family Court (CFC) in London and its Financial Remedy Unit (FRU) is finalising a pilot scheme for electronically filing documents for all finance proceedings.

Chancellor George Osborne announced in his Autumn 2015 statement that radical court reforms were being planned. He stated that “under-used courts will be closed”, with the money saved as a result to be used “to fund a £700 million investment in new technology that will bring further and permanent long-term savings, and speed up the process of justice.” This financial investment over the next five years is intended to streamline the justice system. Other areas of law have already used technological innovation to make the courts more efficient, but Family Law appears to be lagging slightly behind.

PD5B states that documents may be filed at the court by email if it is related to family proceedings (other than adoption). The FRU will be creating an ‘e-file’ for each case that all court staff and judges will be able to quickly access during hearings which should reduce the amount of paper in the courts. Documents should be sent here as PDFs to be entered into the file, entering the ‘subject’ as – – to enable it to be easily located by court staff.

What CFC documents can be submitted electronically?

The system currently allows for electronic submission of:

Divorce Petitions and Forms A still need to be submitted to the court in hard-copy format, as well as D11s within existing proceedings, consent orders, and applications for decree nisi and decree absolute. It is hoped that court bundles may also be able to be submitted electronically during the pilot scheme to reduce paper, and the FRU are exploring the possibility of using a ‘cloud’ to allow practitioners to update and edit bundles after they have been submitted. Local Authorities are currently piloting a similar cloud system for documents and files.

However, until a cloud system is set up at the CFC there may be some issues, as the system restricts the size of documents submitted to 50 pages. By contrast, Practice Direction 27A states a court bundle can be up to 350 pages. With this inconsistency, court bundles will likely continue to be submitted in hard-copy for the foreseeable future.

Another limit on the size of documents is that attachments to emails can not exceed 10MB. Those documents that are bigger would have to be submitted through an Egress switch account, which is currently used by CAFCASS in children proceedings. So practitioners would need to set up accounts in order to submit larger documents for hearings.

In terms of the “date received” for documents submitted by email, s.5.3(b) PD5B states that “where an e-mail, including any attachment, is received by the court…the email is recorded by HMCTS e-mail software as received at or after 4:31pm and before or at 11:59pm, the date of receipt is the next day the court office is open.”

For her own good: placing a child in secure accommodation
This site uses cookies. Find out more. Continued use of this site is deemed as consent.   CLOSE ✖