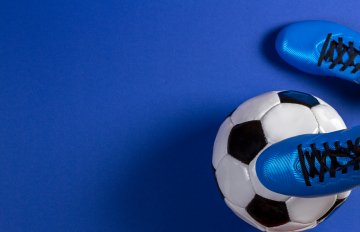 Daniella Semaan, the girlfriend of Spanish football star and former Arsenal captain Cesc Fábregas, has been accused of lying about her boyfriend’s wealth and underplaying the extent to which he supports her financially.

Semaan’s ex-husband, the London property developer Elie Taktouk, has appealed against the court ruling that he should sell his £7million flat in Belgravia – the former marital home – in order to fund a lump sum of £1.4million as a cash settlement on the grounds that his ex-wife’s boyfriend earns around £5million a year.

After the flat was put on the market, an offer of £5.4million was made on it by a company controlled by Fábregas. This unusual twist in the case has led to the possibility that Ms Semaan could end up moving into the flat as well as pocketing the £1.4million she was awarded from its sale.

Stephen Lyon, acting for Mr Taktouk, expressed his incredulity: “Mr Fábregas, we say, is quite clearly a resource of far greater significance than the wife let on in the course of her evidence. It is rather extraordinary that, less than three weeks after judgment was handed down, through his company in Barcelona he was offering to purchase (the flat).”

However, Lord Justice Jackson dismissed Mr Taktouk’s appeal on the grounds that Fábregas could not be counted on to support Ms Semaan; his only financial obligation for the future is towards the couple’s new baby – born earlier in April – rather than towards his girlfriend as they are not married.

“Even if the company controlled by Mr Fabregas buys the former matrimonial home, this will still not be a property which the wife owns. She will live there only by the permission of Mr Fabregas and the fact that his company has made an offer – an insufficient offer, it would seem – does not materially change the facts as they were before Mr Justice Coleridge,” he told the Court of Appeal.

Mr Taktouk has made an application to block the sale of the flat, which will be heard within a few weeks.