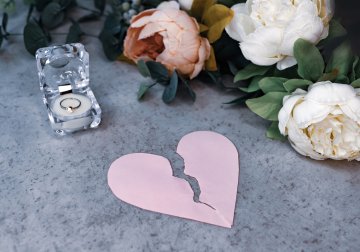 As Brad Pitt and Angelina Jolie’ s divorce hits the headlines, it is worth remembering that there was once a time before the divorce agenda was dominated by PR teams, “irreconcilable differences” and dignified silence. Whilst today divorce proceedings are usually conducted in private, high profile divorce cases once led to protracted, acrimonious, and highly intimate public trials.

England still lags behind much of the world in not allowing “no fault” divorce, but until 1973 a spouse (usually a husband) could not even rely on an anodyne “unreasonable behaviour” petition, and instead would often have to prove adultery, cruelty or desertion. In contested cases, this led to court battles exploring some of the most intimate details of the marriage, scandalising the country.

During the course of the 19th and 20th centuries, aristocrats and society figures saw their divorces reported on in a level of detail now unseen, and while now divorce is seen as a fact of life, it was often a source of great public and private scandal.

George and Caroline Norton: The Divorce that nearly brought down a government

In 1827, Caroline Norton, a society beauty, author, and social reformer, married barrister George Chapple Norton MP. Nine years later she left him, attempting to subsist on the income generated from her writing. Taking advantage of the law at the time, which made a woman’s earnings the property of her husband, George confiscated her income. She responded by running up bills and sending the creditors to her husband, stating that wives had no legal personality separate from their husbands.

Escalating the conflict, Mr Norton abducted their children, hiding them with relatives in the north. He then initiated a legal case, accusing his wife of having an affair with then Prime Minister Lord Melbourne (whose own wife had a famous dalliance with Lord Byron). The case became the talk of London society and almost brought down the government, but after a nine day trial was thrown out by the jury.

Despite being cleared of impropriety, Caroline remained hostage to the misogyny of the Victorian legal system. Unable to obtain a divorce, her husband continued to deny her financial support and access to their children.

As a result, she turned to legal campaigning, and her case became a cause celebre. Three acts of Parliament emerged from the affair – the Custody of Infants Act, The Matrimonial Causes Act 1857 and the Women’s Property Act 1870. Each of these struck a blow for women’s rights, respectively securing’s a wife’s entitlement to see her children, divorce her husband and own her own property.

Russell v Russell: Virgin Births and the House of Lords

In 1918 John Russell, heir to the Ampthill barony, married Christabel Hart. Three years later, Mrs Russell found that she was pregnant. Rather than a cause of celebration, this led to one of the greatest scandals of the interwar period.

Mr Russell instantly denied that the child was his. He issued a divorce petition, arguing that the birth of the illegitimate child was proof positive of his wife’s debauchery.

The case lasted for three years, with legal argument going all the way to the House of Lords, each round eliciting more salacious details about the aristocratic couple’s life. It emerged that the wife, neither wanting children nor believing in contraception, had refused to consummate the marriage, even insisting on separate bedrooms.

Despite tales of her dancing with “sleek Argentinians” and staying out all night, Christabel insisted that she was a virgin. To the shock of many (including a fainting jury member) this was confirmed by a medical inspection.

It was not only Christabel’s reputation which was imputed in the case. John Russell (commonly known as “Stilts”, owing to his height) was accused of “Hunnish scenes” with Christabel saying that he “attempted to effect penetration but I would not allow it”, whilst he threatened to shoot first himself and then her cat. He was also exposed for cross dressing and feminine traits, with his wife’s counsel at one point asking “Is this man or jelly?”.

Initially the court found against Christabel, declaring her to be an adulteress and dissolving the marriage. She lost an initial appeal too, but then took the case to what was then the country’s highest court. In May 1924, nearly three years after the case first began a panel of five Law Lords heard both the intimate details and the intricate legal points of the case.

The court considered whether it was possible to find the child to be illegitimate simply on the basis of Stilt’s testimony. In a judgment which treads a fine line between early twentieth century modesty and the probing of intimate points, the court couched its decision in a raft of quaint euphemisms. Ultimately concluding that it was improper to rely on the husband’s evidence, the court accepted medical evidence that the wife could have conceived without intercourse (a possibility so shocking it was referred to only in Latin), supposing she had been inseminated by sharing her husband’s bath water and sponge, and found the wife not guilty of adultery.

The couple were compelled to remain married until 1937, when liberalisation of divorce law allowed the husband to obtain a divorce. The scandal led to statutory reform, restricting the details of sexual misdemeanours which could be quoted in newspapers. The case erupted again in the 1970s, when a younger son unsuccessfully tried to take the inherited barony away from Christabel’s son.

The Duke and Duchess of Argyll: Decorous indiscretion in the 1960s

For Larkin, sexual intercourse began in 1963, and that year saw one of the last great highly publicised adultery trials. It concerned the Duke and Duchess of Argyll, both glamourous members of London society.

The case was begun when the Duke, suspecting his wife of infidelity, had a locksmith break open a secret cupboard in their Mayfair home. Inside were found a series of photographs of the Duchess sporting nothing more than her three-strand pearl necklace. The most famous Polaroid showed her performing a sexual act on the so-called “headless man” - whose upper body had been cropped from the shot.

The Duke petitioned for divorce, citing his wife’s adultery. The case was tried over an 11 day hearing with the Duchess’s diary, and those photographs, becoming key parts of evidence. The Duke produced a list of 88 men with whom he accused his wife of having affairs. The court found there was enough evidence to find her guilty of adultery with four, giving a 50,000 word judgment lambasting her as “a completely promiscuous woman… attitude towards marriage was what moderns would call enlightened, but which in plain language was wholly immoral”. The judge also criticised the husband for his fondness for pornographic postcards.

The divorce was granted, and the marriage brought to an end. Without the modern regime of financial remedies, the “guilty” wife was given little financial support. Over the rest of her life she burned through her own family money, as well as her income from a column in Tatler, dying in penury in the early 1990s. Evicted from the Grosvenor House Hotel in 1990, she described herself as a “gullible, impulsive, over-optimistic Dumb Bunny”.

As for the Headless Man, his identity remained a secret taken to the grave. Possible suspects including Duncan Sandys, the son-in-law of Winston Churchill, actor Douglas Fairbanks Jr. and German aristocrat Sigismund von Braun, as well as a number of wealthy businessmen. Coming in the wake of the Chatterley trial and the Profumo affair, the Argyll divorce captured the nation’s imagination as another sign of the changing sexual mores of the 1960s.

Less than a decade after the case, marriage law was reformed again, granting greater privacy to divorcing couples and removing the need for contested divorce trials. This reform paved the way for the modern position of carefully managed publicity and neutrally worded statements.

Though celebrity divorces will always attract outside interest, the court law is now far less complicit in the spread of sensitive details. Rather than using the shame of proceedings as a societal sanction on separation, the law understands that divorce is a painful enough part of people’s lives. Instead of putting the salacious details out in the open, divorce can now be concluded swiftly, maturely and privately. Though the papers may miss the juicy details of debauched duchesses and wanton promiscuity, it is far better for the couples involved, and importantly their children, that such salaciousness is confined to history.

The Rise (and Risks) of the DIY Prenups
This site uses cookies. Find out more. Continued use of this site is deemed as consent.   CLOSE ✖