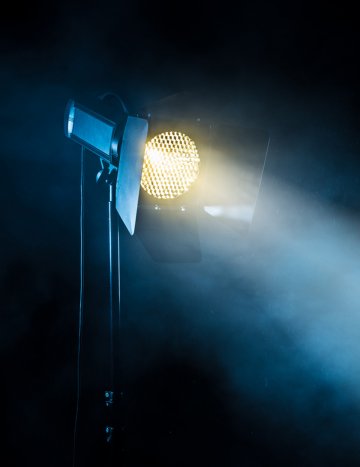 Many American gossip blogs touted this past summer as being the ‘Summer of Divorce’. From Ben Affleck and Jennifer Garner, to Gwen Stefani and Gavin Rosedale, to Megan Fox and Brian Austin Green, to country stars Miranda Lambert and Blake Shelton, it did seem that high-profile Hollywood marriages were disintegrating at a faster rate than usual. And though never actually married, long-term celebrity couples like Jon Hamm and Jennifer Westfeldt, who had been together for eighteen years, and Kourtney Kardashian and Scott Disick, who had been together nine years, and share three children, also confirmed official separations.

The timing of the demise of all these relationships could, of course, be coincidental, but in some ways it does align with the patterns of non-celebrities.

Two elements could be involved here: first, the inescapable tension caused by families spending more time together during the summer, going on holidays, no school or work to distract them; second, the idea that a breakup during the summer months will be less disruptive to the children’s school schedules.

As summer crawled toward autumn, the news of Halle Berry’s split from her husband of two years, Olivier Martinez, appeared in international headlines. Of course, as tabloids often tell us, stars are ’just like us’, and this means they have to deal with the same financial and custody battles as the rest of the world when it comes to the dissolution of their marriages. In this case, it seems that the struggles over custody of Berry’s elder daughter, from a previous relationship with Gabriel Aubry, contributed to the strife between the married couple, even resulting in a physical fight between Aubry and Martinez a few years ago.

One assumes that all these celebrities have ironclad prenuptial agreements, but that is unfortunately not always the case. In fact, as 2015 draws to a close, we are seeing the fallout, both financial and emotional, of many much earlier celebrity divorces, occasionally caused by a lack of prenuptial agreements.

The details of the 2014 divorce of Melanie Griffith and Antonio Banderas have just been disclosed, revealing that Griffith will receive $65,000 per month in spousal support, as well as a Picasso and a house in Aspen. These come as the result of a postnuptial agreement signed in 2004.

Mandy Moore and Ryan Adams, who announced their split back in January of this year, are now fighting not over child support, but pet support for their eight pets, with Moore claiming Adams has not lived up to his financial responsibility, and demanding $37k per month to take care of their two dogs and six cats. Moore’s anger could be a result of recent rumours of Adams’ affair with a much more famous singer. Yolanda and David Foster’s recent divorce announcement has caused a splash in Beverly Hills, though since this is his fourth marriage and her second, one would assume they had their prenup taken care of from the beginning.

A final, fascinating tidbit in the world of celebrity divorce is the fact that Khloe Kardashian and Lamar Odom are technically still married, after Khloe delayed their divorce proceedings following Lamar’s brothel-induced health issues, in order to remain medically responsible for her estranged husband.

How celebrities wade through the mire of divorce is not often exemplary – "conscious uncoupling" aside – but it does provide a relatively guilt-free outlet for people going through divorces themselves, or contemplating divorce, or the children of divorce, to dissect and even judge what behaviour they may or may not want to participate in themselves.

The sharing of children, finances, even dating again after divorce, as highlighted by the splashy new relationship between Gwen Stefani and Blake Shelton – two halves of the aforementioned divorcing couples – are all things that every divorced couple will have to deal with eventually, and seeing it play out in the tabloids provides a titillating, if somewhat depressing, blueprint.

This rash of celebrity splits could be a portent for what is to come as we lead into the other highest risk time for divorce, January, particularly the first Monday after New Years, when people are perhaps thinking of new beginnings.

Divorce in literature: a cautionary tale
This site uses cookies. Find out more. Continued use of this site is deemed as consent.   CLOSE ✖