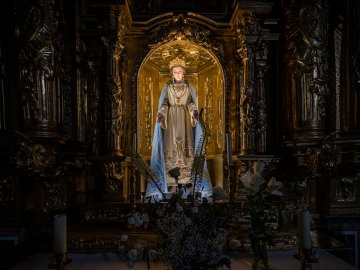 A recent poll published in the Guardian, Washington Post, La Repubblica and El Pais shows that most Catholics are no longer in agreement with what the Church teaches on several social issues. These include contraception, abortion and divorce.

The poll was commissioned by Univision, the US Spanish-language network, which asked 12,000 Catholics spread over 12 countries for their opinions on several issues, ranging from gay marriage to the ordination of women. The results make for interesting reading for the 1.2 billion Catholics in the world, as well as those outside the Catholic community.

58 percent of those questioned did not agree with the Church’s belief that divorcees who remarry should not be permitted to take communion.

Unsurprisingly, the results varied from country to country, with the Democratic Republic of Congo and Uganda giving answers in line with the far more conservative Church teachings. 75 percent of African Catholics agreed with the way the Church views divorcees.

There was also a substantial divide in the view on gay marriage, with 27 percent in Spain agreeing with the Church’s view, and 99 percent agreeing in Uganda. Indeed, Spain was the only country involved in the survey which thought that the Church should allow same-sex marriages.

The Vatican has commissioned its own survey, and results in Germany show that most Catholics there disagree with the Church’s stance on gay marriage and communion for remarried divorcees.

October will see a synod called by Pope Francis to discuss the ’pastoral challenges facing the family today’. There is great hope that this will lead to reform in the Church’s views on pressing social family issues, which may go some way towards bringing doctrine in line with social attitudes.

The effect of divorce on a will
This site uses cookies. Find out more. Continued use of this site is deemed as consent.   CLOSE ✖