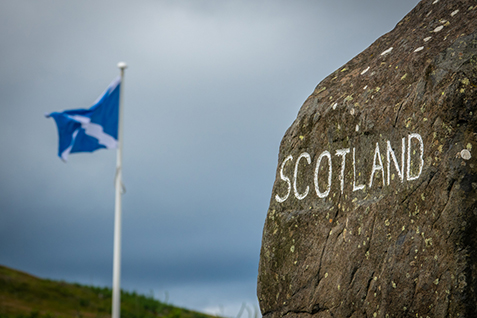 Despite the closeness of Scotland and England geographically, the two countries adopt very different approaches when it comes to the issue of financial maintenance on divorce. In England, lifetime maintenance is not unusual whereas in Scotland a “clean break” is strongly encouraged and so maintenance awards exceeding three years are quite rare. An English court is therefore likely to be far more generous than their Scottish counterpart when it comes to the question of maintenance.

This case, Villiers v Villiers, concerns the issue of “forum shopping”: essentially parties deciding which jurisdiction is more likely to provide them with a favourable financial settlement on divorce and thereby selecting that jurisdiction to pursue their financial claim.

In this instance, the Villiers’ lived for most of their married life in Dunbartonshire, Scotland.

However, following their separation, Mrs Villiers returned to England and Mr Villiers remained in Scotland. Mr Villiers then issued divorce proceedings in Scotland, being the place where the parties last lived together as a married couple. Mrs Villiers, however, responded with an action for maintenance for herself in England.

This decision was ultimately appealed to the Supreme Court by Mr Villiers, who argued that the issue of maintenance should be determined in Scotland where the divorce proceedings were taking place, and judgment handed down yesterday.

The court dismissed Mr Villiers appeal and found that it was possible to have proceedings in both Scotland and England, stating that “A judgment in the wife’s maintenance claim would not be irreconcilable with a divorce decree in Scotland…”

This means that whilst the Villiers main divorce proceedings will take place in Scotland, the English court will consider the wife’s claims for maintenance.

This decision is of the utmost importance in cases with a cross-border element. It will undoubtedly encourage forum shopping by enabling the English courts to address the specific issue of maintenance whilst the divorce and other financial elements of a case, including pensions and property, are being dealt with in Scotland.

This encourages a race to court to seize jurisdiction and potentially results in two separate sets of court proceedings, thereby increasing both legal fees and acrimony.

In cases with a cross-border element it is therefore more important than ever to obtain expert family law advice as quickly as possible, and certainly before any court proceedings are issued.

Here at Vardags we have expertise in both English and Scottish family law matters and can advise on any cross-border issues which may arise.

Rachel Cooper is an Associate at Vardags and is dual qualified to practice in Scotland, England, and Wales.

Case analysis: Villiers v Villiers
This site uses cookies. Find out more. Continued use of this site is deemed as consent.   CLOSE ✖