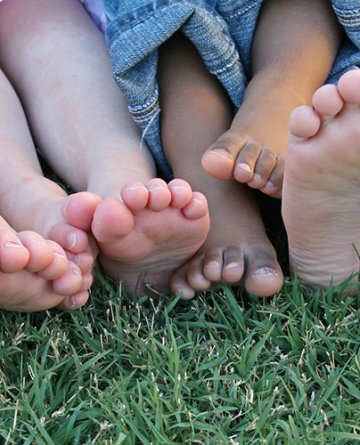 It’s frequently remarked upon that the modern family is a complicated beast. No wonder: as divorce loses its stigma and becomes more common, families breakup and they reform, giving rise to new step relationships and blended families. And, as new family structures have become more commonplace, they naturally become easier to comprehend. However, few have such extraordinary family relationships as garlanded actor and near national treasure Jude Law.

Jude and the Law of ’love children’

Law has recently become a father for the fifth time, in more-than-slightly complicated circumstances. In 1997, Law married fellow British actor Sadie Frost. The union lasted just over six years, and produced three children: so far, so usual. Following his divorce from Frost, he embarked on a much-publicised relationship with Sienna Miller, a relationship that was plagued with further scandals including Law being forced to make a public apology to Miller for having an affair with his children’s nanny in 2005.

There was drama over in Miller’s corner, with the now-defunct News of the World publishing stories about her alleged affair with Bond star Daniel Craig. Both parties were involved in the Leveson Inquiry and their private lives were again under scrutiny; ironically for an inquiry that was attempting to redress media intrusion in the first place. It later became the source of more furore when, during the Leveson Inquiry, Law was passed a note informing him that a close family member had been paid for leaking personal information about the star – including the Craig affair – to the tabloid newspaper.

All this publicity did not serve to diminish controversy in the Law camp, however. He went on to father two more children: a daughter named Sophia with American model Samantha Burke, and another daughter with relative unknown Catherine Harding, a singer-songwriter who goes by the stage name Cat Cavelli. When the latter pregnancy was announced back in October 2014, his representatives confirmed in a statement “whilst they are no longer in a relationship, they are both wholeheartedly committed to raising their child.” So Mr Law’s paternity pattern is not simple, to say the least. It must involve a lot of careful organisation and, one suspects, multiple maintenance payments. But he seems to manage to keep on keeping on, he’s well-respected in his career and deservedly so.

It’s also worth considering that Mr Law has come in for far less fleecing for his family choices than the likes of fellow actor Kate Winslet. She found herself dubbed "calamity Kate"", among other criticisms, when she had her third child with a third father, even though she had been married to each of the fathers. Ever outspoken, Ms Winslet decided she needed to defend herself, as well she might; other media commentators also jumped to her aid. When Kate Winslet came under fire for her child contact arrangements with her second husband Sam Mendes, the man himself leaped to her defence.

What we can take away from this is that no matter how hard it might be to be the father of ‘love children’ – a term which, in its old-fashioned appeal, is fairly romantic-sounding – it still affords you a certain Casanova cachet. Just think: when was the last time you heard Mick Jagger described as “a world-famous rock star who has seven children with four different women”? It barely registers, and certainly does not define the man to others in any negative sense. If you’re a woman who has multiple children with different fathers, however, it’s a whole different story.

In sickness and in health? Divorce and illness
This site uses cookies. Find out more. Continued use of this site is deemed as consent.   CLOSE ✖