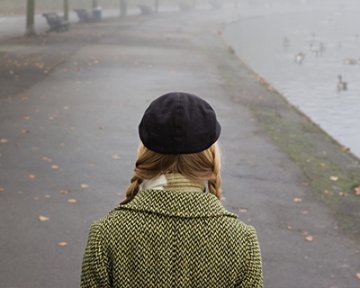 Last year Carol was released to great critical acclaim. Set in America, it tells the story of Therese Belivet, a shop assistant and aspiring photographer, who begins an unlikely friendship and later a romantic relationship with the glamourous Carol Aird, a woman in the midst of a divorce. While Carol can predominantly be seen as a love story, there is a rather heart-breaking moment regarding the custody of her daughter Rindy – but is that family law fact, or family law fiction?

In the winter of 1952, Therese and Carol meet and begin to grow close. Carol is already in the process of divorcing Harge, her husband, and we soon find out that he has changed his mind about the two of them sharing custody of Rindy, planning to ensure he wins by using a morality clause in court. Later, he employs someone to secretly tape Carol and Therese while they have sex, and his lawyers use those tapes as evidence against Carol. Homosexuality was not decriminalised in America on a federal level until 1962, and on a state level it was still being criminally tried as recently as 2003. Even so, the tapes, the court case and Carol’s dramatic refusal to deny her true nature seem like they can only be something out of a movie – but if you thought that, you’d be wrong.

Carol is based on the 1951 novel The Price of Salt by Patricia Highsmith, who in turn based the story on real events. A while earlier, Highsmith’s lover Virginia Kent Catherwood had been through almost exactly the same thing, except instead of conceding to her husband’s wishes and demanding visits the way Carol does in the film, in Catherwood’s case the custody battle went to court, and the tapes were aired for the public to hear.

It seems the only thing that is factually inaccurate about the representation of family law in Carol is the use of the term ‘morality clause’. A clause of any kind is something that’s written into a contract, be it a divorce settlement, a prenuptial agreement or something wildly different like an offer of employment. That said, morality clauses are still used in American divorce cases, not as a way of obtaining full custody, but to prohibit ex-spouses from certain behaviours while their child is around. Almost always, those behaviours involve new partners – theoretically this is to stop the ‘revolving door’ effect of multiple partners that may have a damaging effect on a child’s wellbeing, but it doesn’t always play out like that. In 2013 a lesbian couple in Texas were forced to end their cohabitation due to the morality clause in one of the women’s divorce agreement. If they were to marry the problem would be solved, but in 2013 marriage was not yet legal between same sex couples.

So do you need to worry about a morality clause in your divorce? The short answer is no. While they seem to be popular in America, morality clauses don’t really exist in UK divorces, and even in the States they are rarely enforced. While Carol’s story turns out to be depressingly true, using sexuality as a means to keep parents from their children is something that has been consigned to history.

Colombia is poised to legalise same-sex marriage
This site uses cookies. Find out more. Continued use of this site is deemed as consent.   CLOSE ✖