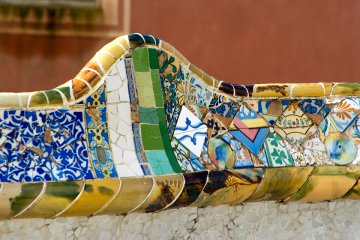 Do children get a say as to where they should live? Yes, sometimes, says the Supreme Court today in the case of LC (Children) UKSC 1.

The Supreme Court this morning decided the untested issue of whether a child can effectively determine his or her own habitual residence. In a unanimous ruling they decided that a child’s state of mind, particularly that of an adolescent, should be taken into account. This decision seems logical, in that if a child has the appropriate degree of maturity, they should be able to assist the court with its finding of whether or not they are integrated in a new country. As such, this decision supports the autonomy of adolescent children.

However, on a practical level, it is likely that children will now be increasingly dragged into litigation between their parents. It is well established that children do not benefit from playing a part in acrimonious litigation, and it can often affect relationships with one or both parents. Now it is likely that parents will place even greater force on their adolescent children to ‘back’ their side of the argument. This is even more the case given the court’s decision that it may be helpful for children to be given party status.

The father and mother had four children: T aged 13, L aged 10, A aged 8 and N aged 4. The father is English and the mother is Spanish and the family lived together in England. When the parents’ relationship ended in 2012, the mother took the children to Spain to start a new life.

The children came back to England in 2012 at Christmas for a holiday, and were due to return to Spain on 5 January 2013. However, the children told their father that they did not want to return to Spain, and so they remained with him in England. The mother applied under the Hague Convention for the children to be returned to Spain. The father resisted this application, and T applied to be joined to the proceedings as a party.

First Instance Decision and the Court of Appeal Decision

The court of appeal held that the children were habitually resident in Spain in January 2013, but that the eldest child had such strong objections to returning to Spain that these should be listened to. The court therefore held that it was not appropriate to return T to Spain. Given this, the court remitted the case back to the high court to decide whether it would be intolerable for the children to be separated. The court of appeal also upheld the high court’s decision that T should not be a party.

The father appealed the finding that the children were habitually resident in Spain. T also appealed on the issue of whether she should be joined as a party.

The supreme court unanimously held that a child’s state of mind during a period of residence in a country will sometimes be relevant to whether he or she was habitually resident there. The state of mind will be relevant for an older child, particularly where the child is or has the maturity of an adolescent.

The supreme court also held that T should have been granted party status, as she could provide relevant evidence as to her state of mind, that was not easily obtainable from either parent.

Ayesha Vardag, one of London’s top family lawyers, said: “This case will undoubtedly have a big impact on cases concerning the movement of children between countries. It is the first time that it has been clearly articulated that a child’s state of mind will be an important factor in deciding where they are habitually resident”.

We will have to watch this space to see how this case is implemented by the lower courts, however it is clear that there has now been a shift towards recognising the autonomy of children.

This article was published on Family Law.

US law proposes to sanction countries over child abduction
This site uses cookies. Find out more. Continued use of this site is deemed as consent.   CLOSE ✖