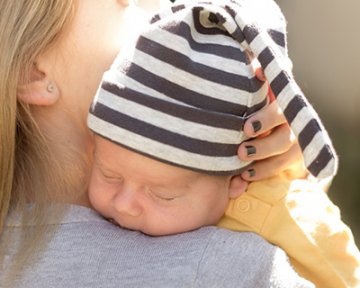 A new study shows that a low oxytocin levels during and after pregnancy have a strong correlation with women’s likelihood of getting divorced.

Oxytocin, which is often dubbed the “love hormone” or the “cuddle hormone,” is released during physical contact with a loved one. Hugging, kissing and breastfeeding all cause surges in the hormone, which plays a crucial role in pair bonding according to Psychology Today.

The study was presented at the Society for Personality and Social Psychology annual meeting. Researchers tested 188 women’s oxytocin levels during the first trimester, then again in the weeks following giving birth. Two and a half years later, they compared the results of the women who stayed married with those of the seven women who had gotten divorced.

The results were staggering: “for every unit increase in oxytocin during the first trimester, the odds of their marriage surviving increased by roughly seven times,” as reported by Medical Daily. Moreover, the odds of a successful marriage increased by nine times for every extra unit of oxytocin after giving birth.

“What these data suggest is that lower maternal oxytocin levels associated with the risk of relationship dissolution by the time the child is a toddler,” said Jennifer Bartz, the study’s co-author and a psychologist at McGill University.

The oxytocin released during breastfeeding is thought to prompt bonding between mother and child; it seems that higher levels of the love hormone may also strengthen bonds between a mother and her partner.

Despite the strong link between low oxytocin levels and divorce, Bartz was sure to stress that the correlation is not necessarily causal. Nevertheless, we see no harm in increasing pre- and post-partum hugs and kisses to try to keep cuddle hormone levels high.

American billionaire Ken Griffin accused of undue pressure over prenup
This site uses cookies. Find out more. Continued use of this site is deemed as consent.   CLOSE ✖