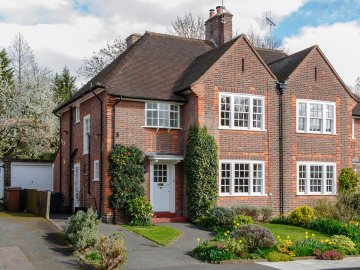 In the recent case of BR v VT EWHC 2727 (Fam), Mostyn J considered an application, made by a husband in ancillary relief proceedings, to terminate the wife’s right to occupation of the matrimonial home under s.33 of the Family Law Act 1996 (FLA); removal of her home rights under paragraph 4 of schedule 4 to the Family Law Act 1996; and an order for vacant possession.

In his judgment, Mostyn J explored three procedural routes whereby an interim order for sale can be made. These three routes were as follows:

Mostyn J stated in his judgment that it was obvious to him that:

“when making an order for sale the court has power to make a supplementary order requiring an occupant of the property to give vacant possession of it. It would be absurd if that were not so…”.

In considering the three procedural routes, Mostyn J also concluded that the exercise required under s.33 Family Law Act 1996 cannot be bypassed, whether an application for an interim order for sale is made under TOLATA, s.17 MWPA or procedural rules.

Turning briefly to the facts of this particular case: the parties married in 1998, moved to California in 2003 and returned to London in 2007. They lived in rented accommodation until the husband purchased a property in his sole name. The property was purchased with a substantial mortgage of over £1 million and a substantial amount of money was borrowed from the husband’s family.

The parties later spent approximately £200,000 on work to the property, invested around £60,000 into the wife’s business, which subsequently failed, and paid £56,000 per annum in annual school fees for their two children. Mostyn J noted that the family was “living and spending at a very high rate”.

The husband had a net salary of £163,000 and further funds were provided by the husband’s mother in excess of £190,000 and a commercial loan of £100,000 was taken out in April 2014. By the time the parties separated all of the monies had been spent, including that which should have been put away to pay the husband’s tax bill.

At the point of this hearing, the parties had also incurred substantial legal fees of £321,000. These fees had been incurred through the wife’s applications to relocate the children to California, and for a specific issue order in respect of their son’s schooling in California. This was after the husband had reneged on his agreement to allow the wife to move with the children back to California. Both of her applications were dismissed. Following the dismissal of her application, she withdrew her consent to the sale of the matrimonial home and argued her consent was given previously on the basis of her relocation to California. It was at this point that the husband made his application.

On analysis of the parties’ finances, £158,000 was unaccounted for by the husband; he later admitted a large proportion of that sum had been spent recklessly. Mostyn J noted that if the present financial position continued, the parties would have an annual shortfall of £20,000. Even on the sale of the property, when taking into account all of the liabilities, the residue would be £105,000. This figure did not take into account monies owed by the husband to a friend or the potential reduction in the price offered for the home.

Mostyn J was very critical of both parties: the husband for his “reckless and irresponsible” spending which he described as “indefensible”, and of the wife for “reneging on her clear agreement to sell”.

After taking into account the factors under section 33(6) of the Family Law Act 1996, Mostyn J saw “no alternative but that the home must be sold as soon as possible". This was the only way the parties’ debts could be eliminated. For this purpose, the wife’s home rights were terminated.

The court ordered the wife’s right of occupation to be terminated and her homes rights notice was to be vacated. The order for sale was made pursuant to FPR rule 20.2(1)(c)(v). Mostyn J said that the effect of his order was to “impose financial sanity on the family… as the alternative is insolvency with the psychological damage that that entails”.

The parties would have to live in rented accommodation moving forward, this was to be covered by the husband’s income, which was also sufficient to continue paying the school fees, and meet the needs of himself, the wife and children.

Gap Years: Can they be treated as gifts?
This site uses cookies. Find out more. Continued use of this site is deemed as consent.   CLOSE ✖