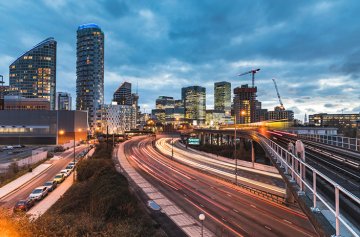 The Court of Appeal was required to consider whether a parent can unilaterally change a child’s habitual residence in the recent case of Re H (Jurisdiction) EWCA Civ 1101.

The case follows on from the recent trilogy of Supreme Court cases which the Court of Appeal has affirmed to ‘represent a new departure for habitual residence’. The trilogy of cases confirmed that habitual residence is a question of fact to be determined by the individual circumstances of each case.

The appeal was brought by a father who asserted that his two children had been wrongfully retained in Bangladesh by their mother. Both the father and mother originated from Bangladesh; the father also held British citizenship and both children were born in the UK.

The children left the UK, with both parents, aged six weeks and 14 months respectively. The father returned to the UK alone, visiting Bangladesh three times between 2008 and 2012, spending a total of two years there over that period. The father, however, did not make an application for the children’s return to the UK until early 2013. He had initiated proceedings in Bangladesh but this did not resolve the situation.

The father made an application under the inherent jurisdiction to the High Court for an order requiring the mother to return the children to the UK. He asserted that the English courts had jurisdiction on the basis that either the children were habitually resident in the UK or that they were British Citizens. At the time of his application in February 2013 the children had been living with their mother in Bangladesh for five years.

The application was dismissed at first instance; the judge did not consider England and Wales to have jurisdiction and found on the facts that the children were not habitually resident in the UK and, that even if the father was correct in stating that the children had been unlawfully retained by their mother, they had long ceased to be habitually resident in this country.

He did however consider one of the recent trilogy of cases Re A (Children) UKSC 60, and found that although the children’s British citizenship did provide a theoretical basis on which the court could exercise its jurisdiction, it was in these circumstances inappropriate to do so.

The father challenged the decision of the High Court. One of the grounds on which he brought his appeal was that there is still a ‘rule’ in English law where both parents have parental responsibility; thus the habitual residence of the child cannot be changed unilaterally by one parent.

Black LJ in her judgment noted that there is no authority in which the rule has formed part of the ratio but that it has ‘simply been taken for granted’.

Although the rule had not been directly dealt with in the trilogy of Supreme Court cases, its status and relevance had been considered.

Black LJ made express reference to both the judgments in Re A (Children) UKSC 60 and Re L (a child; custody; habitual residence) UKSC 75, noting in particular the reluctance to allow legal glosses to be placed over the factual elements of a case, which can inevitably lead to a different outcome than that which would be produced from the factual inquiry.

Black LJ did not, therefore, consider that the rule itself was to be treated as having survived the recent Supreme Court decisions. She did, however, accept that a parent’s ability unilaterally to change a child’s habitual residence would continue to remain limited by the inclusion of the purposes and intentions of the parents, as identified by Baroness Hale in Re A (Children) UKSC 60. The fact that one parent did not want to permit the move of a child would not prevent that child from becoming habitually resident elsewhere. She consigned the rule to history in favour of a factual enquiry tailored to the circumstances of the individual case.

To find out more about child arrangements, click here

Child Abduction: Grounds for instruction of an expert and the burden of proof for a “grave risk” of harm
This site uses cookies. Find out more. Continued use of this site is deemed as consent.   CLOSE ✖