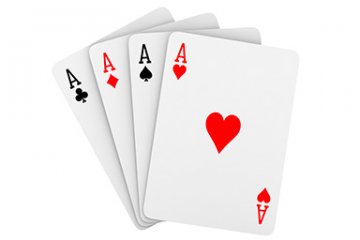 It has been reported that national treasure Bruce Forsyth’s will dictates that his whole estate, estimated to be £17 million, should be passed onto his wife, Wilnelia Merced. Transferring the wealth in this way avoids inheritance tax, a system which ‘Brucie’ has criticised in the past.

Sir Bruce Forsyth, called “The King of TV” by Strictly Come Dancing co-host Claudia Winkleman, passed away on Friday aged 89. Sir Bruce (knighted in 2011) first appeared on TV in 1939 when Neville Chamberlain was Prime Minister and went on to entertain audiences for a further seven decades.

After a hugely successful career as a broadcaster and entertainer, Spears estimates his wealth to be £17 million. His company, Bruce Forsyth Enterprises is worth £5.7 million, his home in Surrey totals £4 million, two further properties in Puetro Rico £2 milllion and, alongside his savings of roughly £4 million, Sir Bruce earnt £500,000 for his autobiography, the same per Strictly series and £25,000 for each after dinner speech. He never drew from his state pension which amounted to £97.65 a week.

With wealth on this scale, at a rate of 40 percent, inheritance tax has the potential to remove a huge chunk of his assets. Currently, a person can avoid paying inheritance tax by leaving their estate to their spouse or civil partner, a charity or a community sports club. Others choose to gift the money, but this too can be charged is if the donor dies within seven years of giving over £325,000. If your estate is below the £350,000 threshold, no inheritance tax needs to be paid at all.

In an interview with Radio Times in 2015, Sir Bruce expressed his opinions on the tax:

“I think your inheritance should go to your children more than back to the country that you’ve lived in. I’m not saying you don’t owe the country something, of course you owe your country a lot for living there all those years. But I think it can be a bit over the top”

Yesterday, a friend of Sir Bruce confirmed his dislike of the tax, telling the Daily Star that “Bruce hated the idea of his estate getting devalued by inheritance tax”. Accordingly his will is expected to show his intention to bypass inheritance tax and pass on his fortune to his wife, 31 years his junior. In this way, Ms Merced will be able to divide the money between Sir Bruce’s relatives herself- and with six children, nine grandchildren and three great grandchildren, there is certainly a lot to cater for.

However, leaving all your fortune to a spouse without specifying how it will be divided further is a risky move, especially when the assets are in double digit millions. Arguments about finances between family members, especially between step-parents and children, can be particularly acrimonious. To ensure that money reaches the right people at the right time, high net worth individuals often use other methods such as trusts.

Sir Bruce married his third wife, Wilnelia Merced, 59, in 1983 after being wowed by the Puerto Rican beauty at the 1975 Miss World where he was a judge. Together they had a son, JJ. Forsyth’s first wife was Penny Calvert, with whom he had daughters Debbie, Julie and Laura. They married in 1953 but after Brucie embarked on multiple affairs, they divorced in 1973. Sir Bruce married his second wife, the former bunny girl and Generation Game co-star Anthea Redfern in 1973, five months after divorcing Penny. The couple had two daughters, Charlotte and Louisa before they divorced in 1979 after Ms Redfern admitted adultery.

We won’t be hearing the iconic catch-phrase "nice to see you, to see you nice" on our TVs anymore but, if Sir Bruce has specified how he wants his wife to share his fortune, he has left his legacy untouched for generations of his own loved ones to come.

Billionaire Roman Abramovich and socialite wife Dasha Zhukova announce their divorce
This site uses cookies. Find out more. Continued use of this site is deemed as consent.   CLOSE ✖