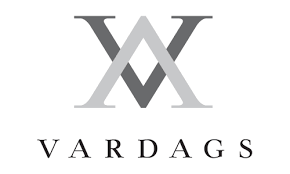 Research from the prestigious Duke University in North Carolina offers some pause for thought. According to a team at the university’s medical centre, both men and women who divorce are more likely to suffer a heart attack than their non-divorced counterparts. More specifically, divorced women are at a seriously increased risk, considerably more than divorced men.

The study took place over 18 years between 1992 and 2010. The researchers analysed the responses of 15,827 men and women aged between 45 and 80 years who had been married at least once. A third of the participants divorced at least once during this period. They found that women who divorced at least once were 24% more likely to have a heart attack than those who remained married, while the risk leaped to an incredible 77% when they went through more than one divorce. This latter statistic is on a par with the increase in risk seen if you have high blood pressure or diabetes, somewhat alarmingly.

Contrast that with the male stats, which show that men who divorced once were 10% more likely to experience a heart attack; this went up to a comparatively modest 30% after multiple divorces. Also rather shocking is that while remarriage repaired the problem for men, it did nothing to help women. Even those women who had divorced, remarried and stayed remarried still exhibited a 35% increase in risk.

Crucially, these risks to both men and women held true even after other factors such as age, lifestyle, health and job status had been taken into account.

We already know that bereavement can have an effect on cardiac health. But Duke University researcher and associate professor Matthew Dupre told the press that “this is one of the first studies to look at the cumulative effect of divorce over a long period. We found that it can have a lasting imprint on people’s health.”

Any woman will do?

Interpreting these gendered discrepancies has been interesting. Dupre told the US’s Time Magazine that “Another way to put it is to say that women who are stably married are at an increased advantage of preventing heart attacks than women who may have had to go through transitions where they weren’t”. One of the other Duke researchers was particularly taken with the discovery that remarriage reduced men’s risk. Professor Linda George told the BBC: “We joke around here and call it the ‘any-women-will-do orientation’ for men. They’re more comfortable being married than not married and cope with different women being their spouses. First marriages are protective for women and it’s a little dicey after that.”

Not only does this research put paid to the idea that the stress induced by making financial contributions to ex-wives is particularly high for men, it also adds fuel to the idea that men really flourish in marriages.

The researchers acknowledged that knowing this information can’t feasibly lead to a drop in the divorce rate – staying in an unhappy relationship is an unhealthy source of stress in itself – but at least those going through divorces could be aware of their increased risk and compensate by making other healthy choices such as adopting a healthy diet, taking exercise and not smoking. It could also alert doctors to the increased risks in patients going through a divorce and encourage them to check their cardiac health more carefully.

Divorce is one of the most stressful things that both men and women can put their hearts, bodies and minds through. We see a huge change in people from the beginning of their proceedings to the end. In many cases it is a sense of liberation. We see many of our clients flourish as they grown in confidence and learn to stand on their own two feet, often for the very first time. In other cases – particularly, in my experience, when people come to the table wanting a fight and determined to make life as difficult as possible for their other halves – the result can be drawn out litigation, stress and heartache for everyone involved. The skill in these kinds of cases is to step in as the parties trusted adviser to do everything you can to avoid feelings of jealousy and anger between parting spouses leaving lasting scars – psychologically, or even as this research suggests, physically. There is certainly no place for solicitors adding fuel to these very damaging fires. As a profession family lawyers are working hard to shed these historic, and in my view highly unfair, perceptions.

Georgina also admitted that she had seen evidence of the damage divorce can do to one’s health:

Sadly a divorce client at my former firm did die from a heart condition amidst his divorce and following a hearing at the Principle Registry. Even more tragically the battle in relation to his estate went on beyond the grave. Thankfully this was an exceptionally unusual case and will hopefully be something I never witness again. However, family lawyers and clients alike need to work together to make divorce an altogether happier and healthier experience. It does not need to rip families apart and does not have to leave scars.

Capital gains tax and divorce
This site uses cookies. Find out more. Continued use of this site is deemed as consent.   CLOSE ✖