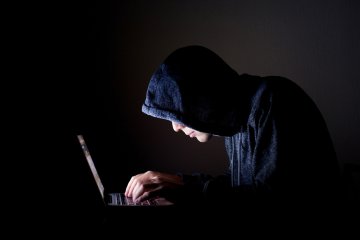 A British man has been jailed for 12 years at Truro crown court after he attempted to blackmail his wealthy ex-wife’s family.

James Casbolt, 37, of St Ives in Cornwall, demanded the sum of £2 million in exchange for him refraining from sharing explicit material of his ex-wife, Haley Meijer on the internet.

Haley Meijer is the heiress daughter of American hypermarket tycoon Hank Meijer. Casbolt moved to Michigan in the US when married to Ms Meijer, and joined the US army. It was when he left the forces in 2012 that he turned violent, the court was told, and Ms Meijer filed for divorce the following year. At this point, Mr Casbolt threatened to “dedicate the rest of his life to destroying” his ex-wife and her family, according to prosecutor Philip Lee.

As well as wielding the threat of revealing sexual material over the family, he had already begun posting explicit pictures of Ms Meijer on Facebook and other websites and labelling her a ’prostitute’. The content had ended up in his hands after he preyed on his ex-wife’s sympathies when he complained of loneliness while he was serving as a soldier in a US army base in Texas.

Judge Christopher Harvey Clark described Mr Casbolt as an “extremely dangerous man" who was nevertheless not suffering from any mental health disorders. Paraphrasing Lord Byron, he told Mr Casbolt: “You were not mad but you were bad and very dangerous to know for these women unfortunate enough to encounter you".

James Casbolt has his own official website, where he describes himself as a ‘supersoldier’.

Hank Meijer is chief executive of the eponymous Meijer hypermarket chain, which Forbes has valued at $9.5bn (£6.1bn).

Cost of divorce set to increase
This site uses cookies. Find out more. Continued use of this site is deemed as consent.   CLOSE ✖