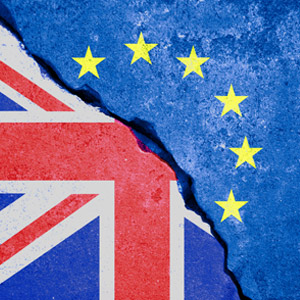 The future of family law was not the primary consideration when the UK weighed up leaving the European Union in 2016 – but that does not mean it was not affected.

Before Brexit, the UK was part of Brussels II, a crucial piece of legislation that governed which country would have jurisdiction in disputed cases. By stating that the EU country which first received a validly issued divorce petition would have jurisdiction, disputes could be solved swiftly in most cases, with both parties then able to move on to the divorce itself.

When Britain left the EU, however, we also left Brussels II. To fill this void, it was widely hoped that the UK would join the Lugano Convention, a similar framework which was created to govern legal disputes which crossed borders.

Earlier this week, however, the European Commission released a statement recommending that the EU block the UK’s accession, stating that the Convention was designed to support countries with close regulatory integration with the EU – it is not meant for a “third country without a special link to the single market”.

While this may seem like bureaucratic wrangling, its effects could be severe.

Say, for instance, you live with your French partner, splitting your time between London and Lyon. Later, as your relationship breaks down, you begin to consider divorce – but in which country should you file? If you cannot agree, the courts will have to decide.

Previously, while a member of the EU, this dispute could be solved easily. Outside of it, and without access to the Lugano Convention, it is anything but.

Without a mechanism to resolve these jurisdiction disputes, and the legal relationship between the EU and the UK becoming like any other country, separating couples could face a lengthy legal battle or, at its most severe, two simultaneous divorce proceedings racing for jurisdiction.

Although it can have a dramatic impact on the final outcome of the divorce process, how the appropriate jurisdiction is decided is often misunderstood – in fact, many have entirely incorrect assumptions.

One common myth, for instance, is the supposed importance of where the marriage originally took place. While the logic behind this thinking is evident, it is not correct – the country in which the marriage took place has no bearing on where the divorce should.

Another common misconception is that you can only divorce in the country in which you live. In reality, where you can divorce is governed by two principles: “habitual residence” and “domicile.” The former relates to where the central interests of your daily life are, such as your work or your children’s school. The latter, “domicile”, is slightly more complicated but can be essentially defined as where you view your home to be – whether that is the country in which you were born or the country you have chosen to permanently live in.

Where a divorce has occurred abroad and the financial settlement was either none existent or inadequate, it is a mistake to believe that there is nothing that the English courts can do about this. The English courts have the power under Part III of the Matrimonial and Family Proceedings Act 1984 to amend the financial provisions awarded abroad to make sure they are adequate if the parties have a substantial connection with England.

Parties may also not appreciate the complexities and implications of a jurisdiction race where several countries could deal with the divorce. Where a couple has various options in relation to jurisdiction, it is possible they will each have a different preference that will produce different outcomes. It is quite possible to have early legal proceedings commenced in two different countries by the separate parties where jurisdiction is contested, with both sides racing to be the first to commence proceedings in their preferred country to secure their preference for the divorce process.

The case of Chai v Peng is a perfect example.

Stating that the pair had moved their home to Berkamstead in Hampshire, Chai filed the divorce petition in England. Peng, concerned about the larger financial settlement the English courts would award, disputed this and filed proceedings in Malaysia. With neither budging, they found themselves at a stalemate.

This impasse continued for two years, with the marriage not being declared dissolved until four years after Chai first filed. Alongside the stress, time and effort this involved, this meant the pair had already racked up legal fees of £6 million - before the divorce process had even truly begun.

If England does not join the Lugano Convention, or agree to a similar framework, cases like these could become far more common.

The spectre of dual divorces

According to the latest figures from the Office of National Statistics, there are around 785,000 British expats living in the EU and roughly 2.3 million EU citizens living in the UK. Of course, not everyone will have the will, or indeed the resources, to engage in such lengthy divorce proceedings – but delays are inevitable.

The divorce process is taxing at the best of times; having to engage in two divorce proceedings simultaneously is an entirely greater degree of intensity. While it may seem extreme, if the European Council do not break with the advice of the Commission, it may just become reality.

For more information on jurisdiction and international divorces, see our comprehensive guide to Divorce.

Facebook backs down from standoff with Australian government
This site uses cookies. Find out more. Continued use of this site is deemed as consent.   CLOSE ✖