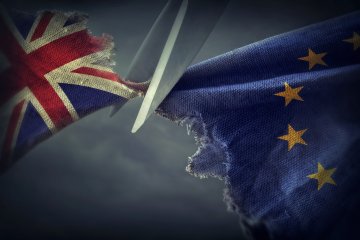 As Brexit talks continue, government officials have warned that parents will find it more difficult to recover abducted children back to the UK if an agreement to continue legal cooperation is not reached. If a deal is not struck prior to the UK’s departure from the EU, the UK courts would be left in the uncertain position of having to rely on existing EU rules with regards to any outstanding court cases, but for any future cases, the courts would have to resort to international treaties such as the Hague Convention. As officials have explained, provisions under such treaties would make the process of returning an abducted child to the UK both less effective and more time-consuming than the current arrangements in place.

Whilst such a revelation certainly highlights the importance of maintaining as much legal co-operation as possible when the UK leaves the EU, such co-operation would likely have to form part of a reciprocal deal whereby foreign judges would still have authority over UK citizens. This reality could pose problems where Theresa May had previously asserted in her Lancaster House speech in January that part of the Brexit focus would be for the UK to be in control of its own laws. While the general position may be that, post Brexit, the UK does not want to be subject to the rulings of the European Court of Justice, such independence will inevitably raise the risk of losing out on international legal co-operation, and this can lead to increased risks for international families.

Therefore, with ever increasing globalisation and more families living international lives, this uncertainty fosters concerns about the length, cost and efficacy of future abduction cases, particularly where children may fall into a ‘legal limbo’ if no deal is reached. While officials within the EU have insisted that the best outcome in this matter would be close co-operation on civil judicial matters, a system that is similar to the one enjoyed at present, it is not yet clear whether such co-operation will be possible as part of the wider negotiations taking place. Therefore, where international families may find themselves placed in a position of unnecessary risk, officials must ensure that proper contingency rules are considered in the event that legal co-operation cannot be agreed. Whether this contingency takes the form of a revisited Hague Convention or the creation of a separate international body specifically to effect the recovery of abducted children, it would be a travesty to place children at such an avoidable risk and cautions at just one of the possible consequences of the UK burning its legal bridges with the EU.

Procedural changes to divorce: the amended Family Procedural Rules, Munby's guidance and the online pilot
This site uses cookies. Find out more. Continued use of this site is deemed as consent.   CLOSE ✖