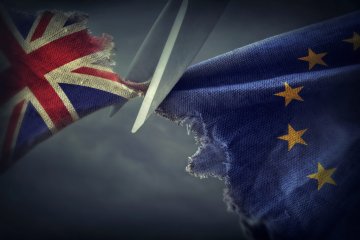 As Brexit talks continue in Brussels, debates have raged on in the commons, but many in the legal profession harbour grave fears that the future of the justice system post-Brexit has gone unaddressed.

A number of organisations have expressed concern about provisions for family law particularly including the Brexit and Family Law Group, the Family Law Bar Association, Resolution and the International Academy of Family Lawyers.

Reciprocal arrangements between countries mean that orders about child arrangements, marriage and divorce can be enforceable across borders. Without these arrangements child welfare and family life could not be protected outside of the jurisdiction.

There are two key pieces of EU legislation which allow for the enforcement of family law judgments across Europe.

A piece of legislation called Brussels II Revised sets out the system for establishing jurisdiction in relation to divorce, judicial separation and marriage. It allows for cross-border enforcement and also for cooperation: sharing information for child protection measures, to help locate people to pay maintenance or to start procedures across borders.The EU Maintenance Regulation establishes similar rules on jurisdiction and enforcement in matters relating to maintenance obligations.

It is unclear whether there is a coherent plan for securing alternative arrangements prior to the UK’s exit from the EU.

Reciprocity is very important if English court decisions ranging from child maintenance to protection measures can be enforced overseas. Without it other EU states won’t give precedence to our proceedings if they are issued first in time. Furthermore not all legal systems have a doctrine of forum non conveniens whereby courts can stay proceedings if they know that another jurisdiction is more appropriate. This could lead to parallel proceedings, at much expense and little certainty as to outcome. It could also amount to asymmetrical obligations. As Baroness Sherlock warned the House of Lords last Monday:

"A British woman could be forced to stop her divorce case in the English courts if her husband had filed first in Germany, but the reverse would not be true."

To complicate things further, Brussels II is currently being updated with revisions that improve return proceedings after a child has been removed from the jurisdiction. It is unclear whether the Brussells II recast will have been ratified by the time any such new family law arrangements with the EU will have been made.

There are some international conventions like the Lugano and Hague convention, which protects against child abduction stretch beyond Europe. However their application is far more limited.

In the next few months we will hopefully see plans for something resembling a bespoke, reciprocal arrangement, and quite crucially, some plan for the interim.