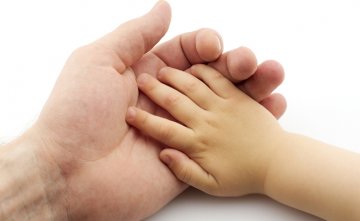 The recent landmark ruling in Re A and B is another step in the right direction for surrogacy law.

The case is important because it shows the English court becoming more lenient and more pragmatic in relation to the rigid statutory six-month limit commissioning parents have to apply for legal parenthood (a parental order) once their surrogate child is born.

This time limit has proven particularly difficult for the increasing number of parents whose surrogate children are born abroad in countries such as the USA, a popular destination for surrogacy due to its more favourable approach. Indeed, the time limit in Re A and B was extended dramatically from six months to over seven years, greater still than the previous case of Re X where the deadline was extended to two years.

What is a parental order?

In the UK, when contracting a surrogate to have a child, one must apply for a parental order to become that child’s legal parent. The order transfers the birth rights from the surrogate mother to the commissioning parents. To obtain a parental order, the applicant must meet certain requirements:

Those who cannot apply for a parental order because they are single, or neither party is related to the child, or they have missed the six-month time limit (as was the case in Re A and B) can apply for adoption instead.

The case of Re A and B

In Re A and B, both children were born in California to the same surrogate mother. The British commissioning parents lived in the UK but opted for surrogacy in California, using the sperm of the British father and a donor egg. The commissioning parents were already legal parents in the US due to pre-birth court orders but, in the UK, the parents were still required to apply for a parental order within six months of the birth in order to become legal parents (otherwise, the surrogate and her husband would be the legal parents in the eyes of the law of England and Wales).

Many commissioning parents are, unfortunately, not aware of this requirement when returning to the UK with their surrogate children, leading them to miss the deadline, as was the case in Re A and B.

Indeed, the parents only became aware of the fact that they were not the legal parents when, in 2012, they read an article which discussed the issue of the six-month time limit. The parents had not had legal advice upon their arrival in the UK and did not know the children were not legally theirs in this jurisdiction.

The High Court granted the commissioning parents legal parenthood of the two surrogate children. They could now make parenting decisions, and their children were given British passports.

Russell J not only extended the time limit but demonstrated that late applications for parental orders would no longer be refused unless it represented “the clearest abuse of public policy”. She believed that it would be unjust for the six-month time limit to be given more weight than the children’s welfare. Russell J emphasised that the children’s welfare was indeed paramount and should take priority above all.

It was argued that only parental orders fully established and recognised the children as the commissioning parents’ natural children. Adoption, according to the judge, was not a suitable substitute:

In terms of their identity, only parental orders will fully recognise the children’s identity as the applicants’ natural children, rather than giving them the wholly artificial, and in their case inappropriate, status of adopted children… The parental order, therefore, better meets the children’s ‘lifelong’ welfare, and involves a whole of life perspective extending, not just forward, but also retrospectively from birth until death.

Parental orders were introduced by Parliament for surrogacy, allowing surrogate children to be recognised as natural children of their commissioning parents.

Whilst the case of Re A and B is an improvement in relation to surrogacy law, it shows that issues can still arise for the many parents seeking surrogacy abroad (many surrogacy services are still not available in the UK). If the deadline is missed, which remains six months despite Re A and B, children can be left legally parentless.

UK practice and law remain slow to evolve on surrogacy, especially in comparison to other nations such as the USA, according to Russell J: “California has considerable experience and a sound regulatory framework in surrogacy… regrettably not available in the UK”. Indeed, California law ensures that parenthood is resolved before the child is born, precisely to preclude any legal black hole when the deadline for registration is missed. This is a step that the UK should perhaps consider adopting.

Meddling grandparents knuckle-rapped in New York courts
This site uses cookies. Find out more. Continued use of this site is deemed as consent.   CLOSE ✖