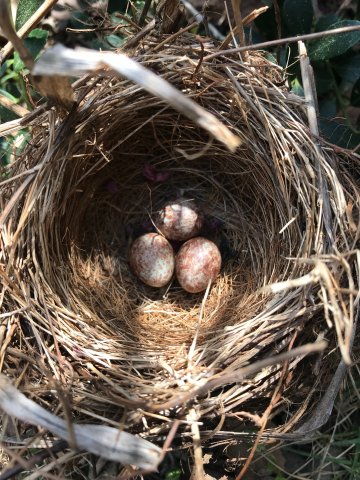 This recent BBC article details a growing trend in millennial divorcees practicing something called ‘bird-nesting’. Bird-nesting refers to a system of co-parenting which preserves the family home, whereby each parent takes turns to return to the ‘nest’ and look after the children. This model requires the parents to source ‘second homes’ separate to this, either by making a new investment, renting or choosing to stay with family/friends. The result is a lot like a birds’ nest, from which the practice derives its name: two parents alternating in their duty to inhabit the nest and take care of the babies.

Bird-nesting forms a response to the standard post-divorce process, where divorcing couples sell the family home, split the proceeds and purchase separate properties - between which the children travel according to the child arrangements either agreed between the parents or ordered by the court. Although perceived as an adventure for some, this practice often passes a destabilising current through the lives of children.  Vacating the nuclear family home can trigger a chain reaction of changes, from moving schools, to re-sharing bedrooms, to adjusting to living with their parents in two new houses. And these changes can easily uproot a child’s developmental foundations too, as they find themselves losing friends, familiarity, and even security in the process.

Is it practiced in the UK?

This practice is yet to gain traction in England despite its popularity in Sweden, where the rotation of homes has been commonplace for a number of decades (dating back as far as the 70’s). It will be interesting to observe, therefore, whether bird-nesting also becomes a co-parenting trend in England in coming years.

Is it a good idea?

Bird-nesting can split expert opinions on the matter. Of course, it is has always been, and remains, the duty of the court to prioritise the welfare of the children as it’s paramount consideration. If bird-nesting arrangements therefore amount to a positive impact on the children’s welfare - namely in achieving stability and perhaps a more amicable co-parenting situation - then it could potentially be a suitable option for separating couples to consider, in the right circumstances.

There are, however, some potential disadvantages to the bird-nesting model which could be seen as being adverse to the children’s welfare. For example, there exists the risk that children do not adjust to the idea of having two separate families performing rotational duties in the ‘original’ family home. Not only could this be destabilising in and of itself, but, unless the parents are wealthy enough to afford a second home, the model prevents the divorcing couple from achieving a ‘clean break’ which may potentially antagonise relations. Children are intuitive and could be receptive to such conflict, making matters worse.

The affordability of this method could also bring into question the effectiveness of bird-nesting. While there exists the option to reside part-time with friends/family, this may not always be possible. In such instances, the parties must have sufficient funds to invest in, or rent, a secondary home/flat for the periods of time when they are not looking after the children. Even where it is possible to find a part-time living space, it may well be the case that residing in lower-standard accommodation or with family/friends is detrimental to the parents’ mental and emotional wellbeing. There also exists the possibility that such accommodation cannot be sourced locally to the family home, making travel difficult and potentially giving rise to the need to find alternative childcare arrangements in emergencies. All of these eventualities could, again, have a negative ‘ripple’ impact which reaches the children.

Of course, co-parenting practices are by no means a one-size-fits-all-approach, and parents must find their own unique ways to facilitate a smooth transition following divorce. As such, it may well be the case that bird-nesting forms a perfect longer-term solution for families who can cater for secondary living arrangements, and for whom the model positively impacts the wellbeing of the children. Again, the welfare of the children is paramount, and so whatever co-parenting practice prioritises their welfare will form the most suitable option. This will be a consideration contingent on the circumstances of each individual case, and therefore it remains prudent to seek professional legal advice when debating and making these sorts of arrangements.

Covid’s effect on separated families must be a priority for new Children’s Commissioner
This site uses cookies. Find out more. Continued use of this site is deemed as consent.   CLOSE ✖