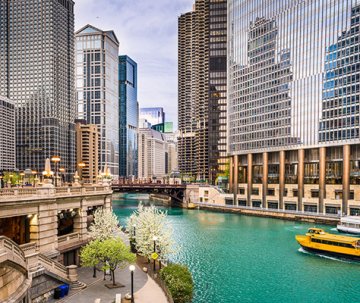 A Chicago hedge fund manager has become embroiled in an acrimonious divorce, with contention arising over the signing of a prenup. Billionaire Ken Griffin, founder of Chicago’s largest hedge fund, Citadel LLC, has been accused by ex-wife Anne Dias-Griffin of pressuring her into signing the prenup only days before the wedding.

Ken Griffin filed for divorce from his wife back in July, reportedly while his wife and three children were away in London. Anne has now hit back with a ‘counter-petition’, seeking to invalidate the prenup they signed just before they married 11 years ago on the grounds that he coerced her into signing it.

In the papers filed with Cook County Court in Illinois, Anne Dias-Griffin claims to have been pressed into signing the prenup by her then-fiancé, with the aid of an apparently “neutral” psychologist who in fact had a prior professional relationship with Mr Griffin. Ms Dias-Griffin claims that she was “unduly influenced” by Kenneth and the psychologist “under the guise of a counselling session”.

The prenup reportedly limits Anne to a mere one per cent of Ken’s fortune, potentially leaving her missing out on billions of dollars worth of assets and spousal support. Ken Griffin claimed in July, when initially filing for divorce, that the prenup “governs all issues” in the marriage, including property, although Anne Dias-Griffin’s filing claims that it would preclude her from taking possession of any of the couple’s vast art collection and property holdings.

The signing of the prenup allegedly occurred only three days before the lavish nuptials took place at Hameau de la Reine, the Versailles estate created for Marie Antoinette, and a mere three hours before their wedding rehearsal dinner, according to Ms Dias-Griffin. After querying the timing, Mr Griffin is said to have become “so angry, violent, and intimidating, that he destroyed a piece of furniture in their home.”

Ms Dias-Griffin is now seeking to have the prenup set aside and to gain full custody of the couple’s three children. The couple has been separated for more than a year, with Griffin reportedly leaving his estranged wife in 2012 when she was pregnant with their third child.

A lawyer for Ken Griffin has described Anne’s claims as “salacious and simply untrue”, going on to state that “Ken will respond to Anne’s allegations on the merits, move this process forward, and protect his close relationship with the children.”

The high-profile divorce has gripped America with the financial press and gossip pages alike taking a keen interest. It is yet another case that shows the often uneasy intersection between family law and corporate interest, and indeed charity work: the Griffins are both well-known and illustrious members of Chicago’s art and philanthropy circles as founders of the Kenneth and Anne Griffin Foundation. Being avid art lovers, it is reported that last year they donated $19 million (£11.5 million) to the Art Institute of Chicago for a modern art wing designed by Renzo Piano.

According to the New York Post, Ken Griffin is the world’s 270th richest man, with an estimated fortune of $5.6 billion (£3.4 billion). Anne Dias-Griffin also previously worked in finance herself: a Harvard graduate, she began her career at Goldman Sachs and went on to found her own hedge fund, Aragon Global Management LLC, in New York in 2001.

Case launched to press Scotland Yard into paying child support
This site uses cookies. Find out more. Continued use of this site is deemed as consent.   CLOSE ✖