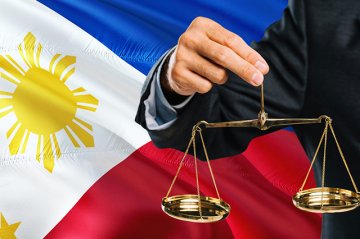 Speaker for the House of Representatives for the Philippines, Pantaleon Alvarez, has spoken in favour of legalising both marriage dissolution and civil partnerships in the opening of the second session of 17th Congress.

"Unfortunately, the present system practically coerces married persons to remain with each other even if the relationship is beyond repair and has caused, and continues to cause, harm to the well-being of the husband, the wife and, worse, the children involved"

Mr Alvarez stated that Rep. Pia Cayetano, incidentally the youngest ever woman elected Senator in the Republic%27s history, had "committed" to filing a bill on the dissolution of marriage.

The Philippines is just one of two states in which divorce is illegal without exception, the other being Vatican city. Their Family Code allows couples to legally separate, annul their marriage, or have it declared void but, despite numerous bills having been filed over the years, divorce has not been legal since the Civil Code of the Philippines was enacted in 1950.

In August 2016, women’s rights organisation Gabriela Woman’s Party filed a divorce bill for the fourth time since 2005, in the hope that the 17th Congress would be "kinder to the bill" than its predecessors. This latest move certainly suggests so, though Mr Alvarez clarified that he was not pushing for divorce, rather the legalisation of marriage dissolution.

It is not clear, however, how the Speaker’s conception of dissolution would, in practical terms, differ from divorce, with CNN reporting only that Mr Alvarez sees dissolution as a "simpler" option. In contrast to annulment, a notoriously difficult and expensive process, dissolution would "recognize that the marriage took place and require that couples mutually agree to end their marriage".

The legalisation of marriage dissolution could also lead to a reduction in the number of children declared illegitimate in the Philippines. Currently, couples who wish to split often opt for annulment in lieu of divorce. With their union declared invalid, any children that resulted from it cease to be legitimate. This can have very real ramifications on a child’s welfare as, unless the father recognises the child as his own, paternity must be proven before the child is entitled to financial support.

In his address, Mr Alvarez also pointed to the emotional effects annulment can have on children. To be granted an annulment in the Philippines, parties must satisfy at least one of six grounds, pursuant to Article 45 of the Family Code:

(1) The marriage was solemnised without parental consent (for those who married under the age of 21.)

(2) Either party was of unsound mind at the time of marriage.

(3) Consent was obtained by fraud.

(4) Consent of either party was obtained by "force, intimidation or undue influence."

(5) The marriage was not consummated, and one or both parties are incapable of consummating it.

(6) Either party "was afflicted with a sexually-transmissible disease found to be serious and appears to be incurable."

As Mr Alvarez suggests, this invites parties to "sling mud at each other in front of a judge just to convince the magistrate that their marriage should be declared void"—a statement that invites unlikely parallels to the current calls to introduce no-fault divorce in England and Wales.

Thanks to Alvarez’s proximity to Duterte, who currently has a so-called super-majority in the house, it has been posited that a bill to legalise the dissolution of marriage could have a real chance of succeeding where past proposals have failed.

In addition to the dissolution of marriage bill, Mr Alvarez proposed one to legalise same-sex unions, stating "our citizens should not be excluded from society just because of the person they love. They must also be treated with equality before the law."

While during his presidential campaign Duterte pledged to support legislation to legalise gay unions, in March 2017 he gave a speech in Myanmar in which he reasserted that the civil code permits only heterosexual marriage and pointed to the country%27s Catholicism. Though the President stressed that he accepted his gay family members, he cautioned that "wherever God has placed you, stay there.” Whether Duterte will renege on his latest U-turn remains to be seen.

Formal declaration that a marriage is void, with the effect that the marriage is considered never to have taken place in the eyes of the law. Also known as: nullity

The same as a divorce, but for civil partnerships.

A couple can seek an annulment if there is a physical or psychological reason for them not having sexual intercourse.

A marriage treated as though it never existed in the first place because it was unlawful or invalid. Void marriages include marriages where one party was underage or one party had committed bigamy.
“Ayesha Vardag - Britain’s top divorce lawyer.”

Aristocrat accuses wife who moved from Scotland to England of 'divorce tourism'
This site uses cookies. Find out more. Continued use of this site is deemed as consent.   CLOSE ✖