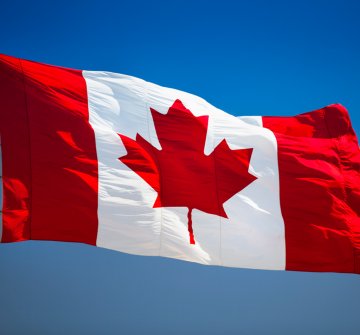 Two women have become the first non-romantic pair to be legally recognised as co-parents in Canada. Natasha Bakht and Lynda Collins are best friends and now both mothers to Natasha’s disabled son, Elaan, after a two-year legal battle.

Natasha, 44, decided to have a child through a sperm donor when she was in her thirties. Her friend and fellow law professor from the University of Ottawa, Lynda, offered to be Natasha’s birth coach as she was thinking of having a child herself.

However, Lynda soon had more responsibility for the child than either woman had expected. Six months after Elaan’s birth, doctors realised that part of his brain was dead and he was suffering from quadriplegia, leaving him unable to use any of his limbs. Compounded with these mobility issues, Elaan also has asthma epilepsy, impaired vision and speech problems. Initially, since Natasha was overwhelmed with all her son’s medical needs, Lynda moved in to offer a helping hand, in her own words, “I had the appetite to help and she had the need”. Eventually, when Lynda started to consider having her own child, it struck her that she was acting as a mother and “already living as a family” with Elaan.

To start the legal process to obtain a declaration of parentage, Lynda applied to adopt Elaan. But, since Lynda and Natasha were not conjugal partners, this option fell flat. After considering challenging the courts on the basis of discrimination, the friends decided to avoid the crippling costs and find another way in. Instead, they sought the help of their lawyer friend to draw up a submission to convince the court to give Lynda parental status. In November 2016, the court made the unprecedented decision to grant Lynda the declaration of parentage and Elaan’s updated birth certificate has now finally arrived bearing both Lynda and Natasha’s names.

In a video for the BBC, Natasha makes it clear that both ‘co-mommas’ (as they like to call themselves) are open to their family growing, but only on the condition that their romantic partners accept the other parent and Elaan.

This decision has made legal history in Canada, but across the US and UK, ‘platonic parenting’ has been steadily growing in popularity. Lynda explains her frustration with the court’s reluctance to think outside the box to respond to this modern phenomenon:

Increasingly, using sites such as Co-ParentMatch and Modamily, adults are being more creative with their parenting. For a long time, the court has understood that divorcees are able to be effective co-parents despite not being romantic partners. Only now are the courts waking up to the reality that people should not need to have ever been romantically involved to be legally recognised as co-parents. It is refreshing to see the law shift further and further away from the conservative and prescriptive vision of a family unit and embrace multiple forms of parental love.

Holman J calls Facebook “a useful tool in the armoury” in adoption proceedings
This site uses cookies. Find out more. Continued use of this site is deemed as consent.   CLOSE ✖