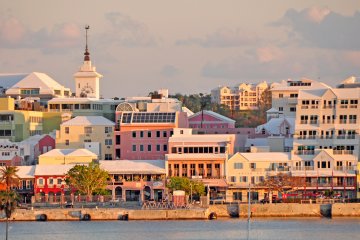 Equal marriage rights were only in their infancy before this roll-back. In May 2017, Bermuda’s Supreme Court found in Godwin and DeRoche v The Registrar General and others that "the common law definition of marriage" as between a man and a woman, and its "reflection" in section 24 of the Marriage Act 1944 and section 15 c of the Matrimonial Causes Act 1974 "are inconsistent with the provisions of section 2 (2) (a) (ii) as read with section 5 of the HRA as they constitute deliberate different treatment on the basis of sexual orientation."

Though same-sex marriage was not subsequently enshrined in statute, Judge Charles-Etta Simmons’ ruling effectively ushered in such unions, with the government electing not to challenge it, and the first gay marriage ceremony taking place on 31 May 2017. However, six months later the Progressive Labour Party, which increased its majority in 2017, introduced the Domestic Partnership Bill. The Bill received ample support in both Bermuda’s Senate and House of Assembly, and the legislation was passed last December.

The Domestic Partnership Act contains a "clarification of the law of marriage" that, notwithstanding the HRA and Judge Simmons%27 judgment, "a marriage is void unless the parties are respectively male and female", effectively reversing the legalisation of same-sex marriage in Bermuda. However, the Act stipulates that same-sex marriages solemnised during the "transitory period"—before the Domestic Partnership Act and after Godwin and DeRoche v The Registrar General and others—will continue to be recognised. According to reports, this amounts to about half a dozen married same-sex couples.

As its name suggests, the Act does allow for same-sex relationships to be legally recognised in the form of domestic partnerships. Per The Guardian, Bermuda’s minister of home affairs, Walter Brown, said that those in domestic partnerships would have "equivalent" rights to their married heterosexual counterparts.

Mr Brown described the Act as an attempt "to strike a fair balance between two currently irreconcilable groups in Bermuda, by restating that marriage must be between a male and a female while at the same time recognising and protecting the rights of same-sex couples.”

Here, the minister is referring on the one hand to socially conservative opposition to gay marriage on the predominantly Christian island; in a non-binding referendum held in 2016 a majority of registered voters opposed same-sex marriage but supported the introduction of civil unions, though the results were found to be invalid as the referendum failed to attain the requisite 50% turnout.

On the other hand, Bermuda is bound by its obligation to the ECHR to honour European court rulings that "ensure recognition and protection for same-sex couples in the territory" and uphold the rights of their gay citizens.

Despite this apparent attempt at legislative compromise, both those in favour of same-sex marriage and those against it have expressed dissatisfaction with the Domestic Partnership Act. Some in the latter camp complained that the Act was effectively "an introduction of a parallel form of marriage", and could open the door to full gay marriage rights in the future. Conversely, LGBTQ individuals and allies have criticised the bill for watering down gay rights, with the Rainbow Alliance of Bermuda proclaiming that "no separate-but-equal measure allows for equality or justice." Human rights groups further argued that the Act contravened the country’s constitution, which provides for freedom from discrimination.

The Act guarantees domestic partners similar rights to marriage, including the right to inherit in the case of no will, the right to a partner%27s pension, access to property rights, the right to make medical decisions on behalf of one%27s partner and the right to live and work in Bermuda as the domestic partner of a Bermudian". Yet many may see the decision to set up a parallel system for same-sex couples, rather than broaden the legal definition of marriage amounts to a refusal to recognise the legitimacy of same-sex unions on equal footing to straight ones. That the Supreme Court ruling realised the hopes of same-sex couples wishing to marry for the briefest of windows could make this an especially bitter pill to swallow.

Free Wills Month: get your complementary will from Vardags

John Oxley discusses Ant McPartlin and Lisa Armstrong's divorce on talkRadio
This site uses cookies. Find out more. Continued use of this site is deemed as consent.   CLOSE ✖